Blog - Latest News
You are here: Home1 / Blog2 / Asian property magnet: What makes Singapore look so attractive as a hub... 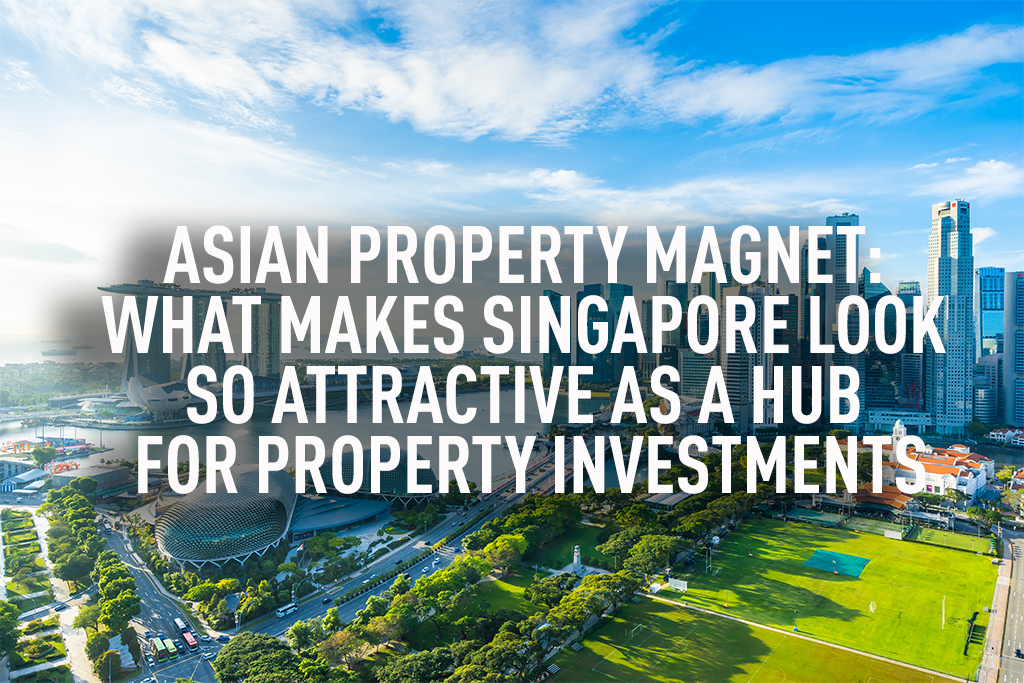 A bird’s eye view of Singapore might just resemble a snapshot of our distant Asian neighbor, Hong Kong. Both characterized by high-rise metallic-bodied office towers and high-density living, Singapore and Hong Kong stand on the leaderboard of having some of the world’s most expensive real estate. Preserving its global title as being the most expensive city, Bloomberg reports indicate that a whopping $1.2 million would only get you an average home in Hong Kong, with Singapore being a close runner-up. This is music to the ears of hungry investors looking to sow their wealth into real estate asset classes. In this article, we will take a sneak-peak into the mind of an investor and see what makes Singapore’s real estate scene so attractive!

The demand for investment properties are largely stimulated and driven by Chinese buyers, who hold a strong belief that real estate remains one of the most superior asset classes. Just by its sheer large population size alone, China has seen one of the world’s most rapid economic growths between since the 1990s till today. Given its large population, it is unsurprising that mainland China has seen leaps in technological advancements amongst other booming sectors. Reports are claiming that China is well on its way to becoming one of the world’s first ever ‘cash-less’ society, with more than 3 out of 4 individuals surveyed, are already using cashless payment modes in 2017.  Wages have also grown steadily by 11% year-on-year since 2001. With its citizens amassing greater wealth, more are looking beyond the Chinese borders to further their investment horizons. Singapore, amongst many others such as Australia and Hong Kong have become a popular hotspot.

Despite the Singapore government’s repeated attempts to introduce cooling measures to protect the interests of its citizens in 2007 and in 2018, Chinese investors had shown no sign of backing down just yet. In 2017 alone, property transactions belonging to the luxury-class increased by 63% up from 553 units in 2016, were traced back to non-Singaporean buyers as reported by Cushman and Wakefield. Despite extra levies and stamp duties imposed, foreign investors still believe that Singapore’s properties remain ‘fairly priced and valued’ compared to other major economies around the world such as the US. Here are some of the reasons for their confidence:

Reason #1: Singapore appears to be much more value-for-money as compared to Hong Kong

When you speak to your family or friends, a frequent point of conversation (or complaint!) would be the rising cost of housing. Over the years, even the prices of the most heavily subsidized public housing units found under the Built-to-Order (BTO) scheme have seen steady increments over the years. However, for wealthy investors, this increase does not do any significant damage relative to Hong Kong. In Singapore, a parcel of real estate is considered to belong in the luxury class when its per-square-foot (PSF) runs in the thousands, such as those seen along Orchard Road, Downtown Core or even at Sentosa Cove. The average PSF in these high-end city areas could sit at a median of $3,200psf. The money for a luxury high-end private apartment right in heart of Singapore’s most bustling city center, would only entitle a purchase of an average home on the city fringe of Hong Kong. Check out our previous article on what makes Hong Kong such a costly city!

Reason #2: Reliability based on past trends

The fundamental reason behind the introduction of cooling measures such as ABSD amongst other taxations, is to manage the appetite of external buyers and prioritize property ownership amongst its own residents first. While occasional bouts of cooling measures may result in temporal withdrawal by these foreign investors, it does not take long before their return. Owning real estate in Singapore’s property market scene is viewed as a valuable venture in the long term. In 2011, upon the announcement of cooling measures, there was a noticeable slump in property transaction volumes as seen in the graph below by SRX. However, numbers quickly returned in steady proportions as investors know that prices are only kept low due to intentional manipulation of the property market via governmental interventions as opposed to value reduction in the property itself.

With growing tensions between the two major superpowers, China and the USA, stock exchanges have become a risky venture. This puts real estate in an ever-more attractive light amidst all other investment classes. To top it off, Singapore has one of the most transparent, fair and productive legal and economic systems in place. Did you know that Singapore currently ranks 4th out of 180 countries in the world for being one of the most transparent countries in the world with a current score card of 85/100? This is measured based on several composite metrics including corruption indexes. The Singapore judicial system takes on an impartial stance, which creates a neutral and welcoming investment breeding ground for all.

Even in challenging times such as the ongoing COVID-19 pandemic, the health of the Singapore property market still seems to be in the pink. Thanks to Singapore’s diversification of her economy, industries such as the healthcare, biomedical, technology and engineering remain stable, some even reporting growths. This means that a larger proportion of Singaporeans are able to ride out the wave and retain their jobs as compared to past crisis such as the SARS and H1N1.

For those with extra cash resources, many had chosen to purchase an investment property especially with the launch of several new condo projects such as Verdale and Penrose, promising lucrative future returns. Food for thought: What do you look for when you are choosing an investment property?

A time of political polarization beyond our borders and how it impacts on our...