Blog - Latest News
You are here: Home1 / Blog2 / 2020 in a nutshell: The year of many firsts and lessons to be learnt 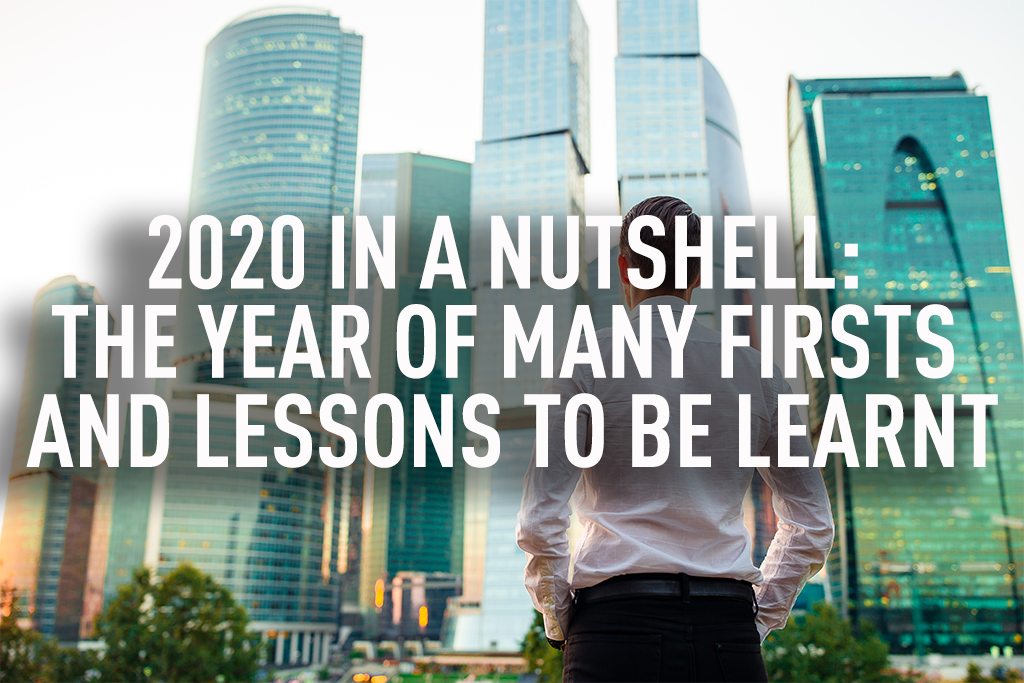 As 2020 rolls to an end, many would heave a sigh of relief as they eagerly await to usher in the new year, hoping to leave the bad behind that the year brought. From puzzling behavior and phenomenon observed such as hoarding toilet rolls, a booming resale market amidst a pandemic and Singapore’s first lockdown, 2020 was indeed the year of many firsts.

Before we welcome the new year, let us reminisce the battles that the world and Singapore have fought, including the highlight of the COVID-19 pandemic amongst other global and local affairs. What were the lessons that we have caught in this year of the unprecedented and how will the world shape up after this?

The early of 2020 saw the first discovery of the highly infectious disease, COVID-19 which was believed to have started in the wildlife market in Wuhan, China. Suspicions and concerns began to grow amidst the Chinese New Year festivities, with patient zero Singapore first detected on the 23rd of January. At that time, little was known about the virus, and the virulence of it, hence masks were initially not required.

However, as the days grew, so did the number of reported cases of infection. Come a point, numbers were soaring to triple digits daily, exposing the reality of the disease and its severity especially on the elderly and convalescent. To curb further transmissions in society, a ministerial taskforce was created in response to the crisis, with the first major move starting with the implementation of the Circuit Breaker. For most of us, the Circuit Breaker may seem like a distant but harrowing memory, with most residents trapped at home with nowhere to go. Schools and non-essential workplaces were shut, and the CBD areas turned into an unrecognizable ghost town.

From the Circuit Breaker period alone, Singapore was in for various lessons. First, offices were not as necessary as they were in the past. With the advancement of technology, platforms such as Zoom and Google Hangouts offered the opportunity for work and learning to take place remotely, with Zoom’s sales skyrocketing more than 169% within 3 months. The concept of traditional office spaces has been put into question, which put experts in the commercial property sectors in a tough spot on whether the future of work would ever return back the norm. However, it has been almost a year since the landfall of COVID-19 and as Singapore has entered into Phase 3, more are expected to be allowed back into the office.

It is likely that for the large part, most firms would expect its staff to return back to traditional forms of working, although there are safety measures put in place to minimize transmissions. There is definitely resistance to the idea of remote working, with managers and superiors unable to supervise the work done unlike in a physical office setting, which could spell disaster for the quality and efficiency of work done. Nonetheless, Singaporeans have at least been exposed to the possibility of telecommuting under the Work-from-Home (WFH) experiment, and should the next pandemic arise, it would not be too much of a culture shock.

Another consequence of the Circuit Breaker was the inhibition of all physical viewings for properties. This meant that real estate agents had to resort to alternative forms to facilitate viewings for properties such as online viewing or video representations of the unit. Despite the obstacles presented, it did not curb the appetite of hungry Singaporean buyers. It is without a doubt that the overall number of sales plummeted due to the inability to do physical viewings and the risks that come with not being able to.

Post Circuit Breaker was a shocker for most analysts and experts, with the resale market for both public and private housing picking up speed and has not stopped even at the time of writing. This has baffled the expectations of experts, despite rising unemployment and Singapore’s current recessionary outlook. In our previous article, we discussed what are the various factors that could have contributed to this resale market bull run including the delays in BTO completions and low interest rates.

2020 was also the year of several political affairs, both domestically and on foreign land. On the 10th of July 2020, Singapore held the General Elections, with the opposition parties superseding the expectations of many. With the General Elections came the promises of various future plans for Singapore’s redevelopment including the famous ‘East Coast Plan’ amongst others. The GST hike of up to 10% was also set to be delayed from the prior agreed 2021, with its implementation date to be decided at a later date.

This was done in light of growing concerns of increasing unemployment and wage cuts as companies recuperate from the scars of the pandemic. Elsewhere in the world, the US too had its fair share of political unfolding, with a messy brawl between the incumbent US President Donald Trump and Joe Biden. Joe Biden eventually took the elections by storm, set to be sworn in on the 20th of January 2021. This comes with a new set of global interactions, especially with competing powerhouse China.

With the path previously paved by outgoing President Donald Trump riled with hostility and constant trade wars, Singapore stood to benefit from the rivalry, tech giants such as ByteDance from China made landfall in the domestic landscape, bringing about opportunities for growth and employment, a saving grace from the devastation of the pandemic.

As a whole, 2020 has not been the most pleasant of years. Christmas celebrations and new year festivities are not quite the same, with large gatherings inhibited and travel plans to see real snow cancelled. While we all cannot wait to usher in 2021 with open arms in the hopes that the new year would bring about some good news, it is important that we do not forget the lessons that 2020 has taught us. Happy new year everyone, stay safe and stay well! 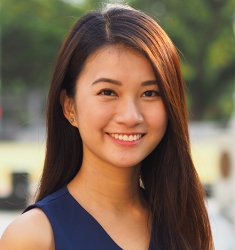 Sandy Lim
Sandy graduated with a degree in Banking and Finance and has carved a career in the local finance industry on both a consumer and SME level. Her passion for her work has enabled her to achieve numerous referrals and commendations when it comes to providing banking solutions to her clients.

Looking to Attend a Property Auction? Read This First!

Singapore: A city for businesses of the future world
Scroll to top
WordPress Image Lightbox