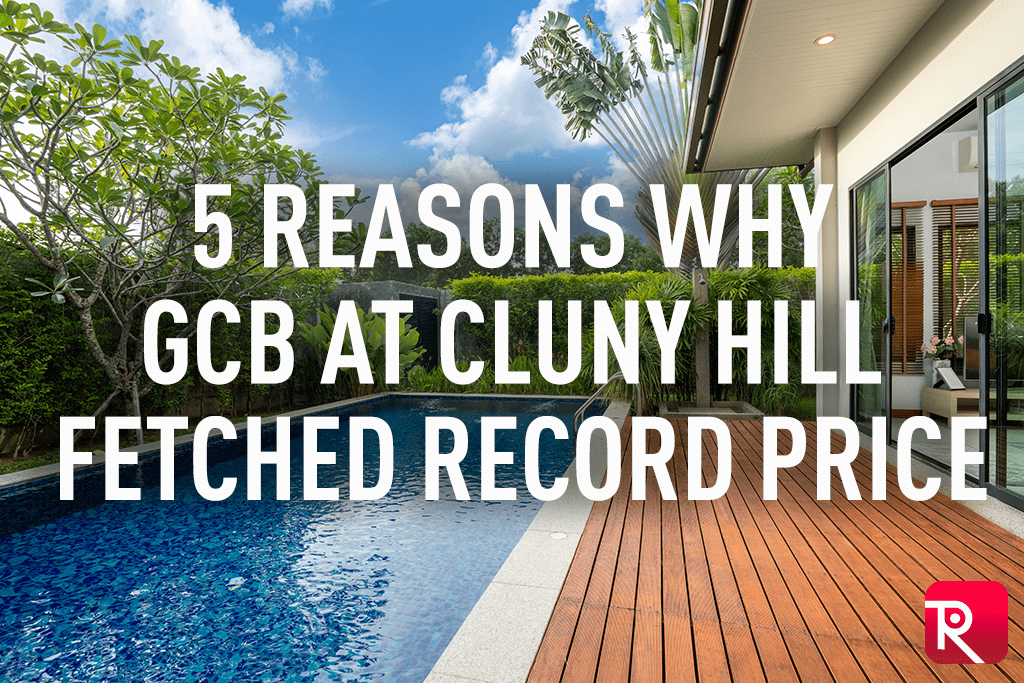 In 2018, Sebastian Soh bought a Good Class Bungalow (GCB) at 2 Cluny Hill to build his family’s dream home. What he did not expect was to sell the freehold bungalow in 2021 at a record-breaking price of $63.7 million or $4,291 per square foot (psf) surpassing the $4,005 psf record set in March this year. Curious about why the local tech entrepreneur was willing to pay a hefty premium for the bungalow amidst the economic recession? This article delves into the reasons behind the astronomical price of the GCB at Cluny Hill.

One of the reasons experts have attributed to the GCB at Cluny Hill breaking the record set by the transaction at Nassim hill is its location. There has been a lack of new landed properties located near Singapore Botanical Gardens offered in the market. Given the prestige of the Botanical Gardens as a UNESCO heritage site and the Cluny Hill area, its location plays an important role in the price of the site.

In addition, there are limited locations around Singapore that offer landed housing surrounded by flora and fauna. Aside from Cluny area, only Peirce Road and Dempsey area offers GCB areas with foliage. The buyer had a  particular fixation with getting a bungalow surrounded by greenery, which contributed to the incentive for him to pay a premium for the house.

2. Unique design which is harmonious with its surroundings

Aside from its attractive location, its unique design and architecture has contributed to the sale of the GCB at 2 Cluny Hill. The bungalow’s design is in harmony with the Botanical Gardens as the concept of the house was inspired by the UNESCO Heritage site. The principal architect, Robin Tan, was inspired by the Bandstand, which is a gazebo in the shape of an octagon.

In addition, the shape and contour of the site also affected the design to resemble the shape of a yacht from the side.

Adding to the impressive location, its design has contributed to the premium the client was willing to pay, as he had made an offer without an opening price. His genuineness also shone through as he paid 30% down payment of $19.1 million upfront. Touched by his sincerity during their dinner, Soh decided to the property although it was going to be the realisation of their dream home.

The exclusivity of GCBs also play a crucial role in the price point. There are only 2,800 GCB which constitutes to roughly 3.8% of landed residential properties in Singapore, and are the “crème de la crème of Singapore housing”, according to Mr Nicolas Mak who is the head of research and consultancy at URA.

Amid the rising cost of land in Singapore and low interest rates, many wealthy families are also grasping on the opportunity to buy GCB for their descendants. One prominent example would be the $128.8 million deal at Nassim Road last October. Purchased by the wife of the founder of Nanofilm International Technologies, it held the title of the highest price psf before the transaction at Cluny Hill broke its record. Experts believe that the trend of paying hefty premiums for prime real estate is likely to continue in the future as high net worth individuals are willing to spend extra for the exclusivity GCBs offer. In fact, GCB transactions had amounted to some 128.3 million in 2020 Q3 which led to Knight Frank, an internationally renowned property consultancy firm, labelling the market for GCB as “particularly resilient” of the pandemic.

With the resilience of the market for prime real estate and optimistic expectations for the price of GCBs, it is not difficult to understand why 2 Cluny Hill fetched an exorbitant price.

4. Rising number of buyers willing to pay premium for projects in progress

Furthermore, buyers are willing to pay extra for projects that are ongoing as they view time more valuable than money. Since the GCB at Cluny Hill has its constructions completed up to the roof level, the bungalow is expected to be completed in 2022 Q3 as the construction sector was hit badly by the border restrictions.

Given the risks of redeveloping an old GCB in the unpredictable nature of Covid-19 pandemic, the costs of the alternative is higher. This motivated the buyer to pay a premium for the GCB to save time and further costs.

Not only are GCB seen as the best real estate in Singapore has to offer, sale of bungalows in the Cluny area are also few and far between. Considering its scarcity, there is much pride in the ownership of a GCB in the prominent area. Plus, it is back-to-back with the GCB that was featured in Crazy Rich Asians as the “Goh Mansion”, which contributes to the new owner’s bragging rights.

With an increasing number of the ultra-high net-worth individuals flying in to Singapore to seek shelter amidst the political instability and economic unrest caused by the global pandemic, the demand for GCBs extend well beyond local millionaires. GCB areas have experienced an influx of international homeowners, and are likely to continue to have more diversity. Given the intensified demand for prime real estate, it is only a matter of time till the record set by 2 Cluny Hill will be broken. 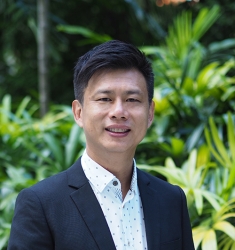 Rayson Lim
Rayson understands the importance and value of service excellence. He strongly believes in going the extra mile for his customers. With his excellent interpersonal skills, eye for detail and attentiveness to his client’s needs, he strives to understand my clients' needs.

By analyzing every situation and reviewing the most suitable options available, Rayson can provide win-win solutions that will help clients save on their mortgages for the long haul. Rayson take tremendous pride whenever his clients recognizes the depth of advisory and value that he can offer.

Understanding SIBOR, SOR and the transition to SORA