The season of giving, but when does the Court recognize a gift? A tale of properties held in trust

It is the time of gifts and love all around, as Christmas rolls right around the corner. When love is in the air, there’s no saying what the limits are when it comes to giving something to the person who makes your heart skip a beat. From a handwritten note, to a Mercedes-Benz or even an entire property bestowed to their name, the possibilities of generosity are confined only to the boundaries of one’s wallet!

Unfortunately, some gifts are “stickier” than others, with legal entanglements and usually involving larger sums of money. While gifts are understood as an object given willingly to someone without payment and are assumed not to be returned to the giver, when love fades, so will logic. This was exactly what transpired when a multi-billionaire businessman was wooing a flight attendant to the nines, and gifted a unit from The Interlace with her name documented on the purchase documents.

Unfortunately, the love was not meant to be and the businessman ordered for the apartment, car and money to be returned, exploiting a legal loophole of “held in trust” to recover his losses. But when does the Court decide what is a gift? And what happens to a gift if it is demanded back? In this article, we will be taking you through the main concept behind trust properties and how the Court handles such disputes!

Before we begin, let us finish where we started and let you in on what played out between the ex-lovers. To simplify the story, 3 things were in dispute: The Interlace Property, Mercedes-Benz and $9.5 million USD. Naturally, the woman named Ms Wang refused to return the assets, claiming them to be gifts. In his defense, Mr Xu who is the businessman claimed that the property was bought out of convenience and sympathy to “improve her living conditions”, likewise was said for the Mercedes-Benz given that Ms Wang was based in Singapore and would be better able to handle the administration. The monies totaling $9.6 million were claimed to be transferred to Ms Wang only for insulation against creditors based in China.

Simply put, Mr Xu was alluding to the claim that all 3 items were not intended as gifts, but merely held in trust and as a convenient mean of transfer for evasion of hassle and creditors. However, the Court upon evaluating all presented evidence via cross-examinations found Mr Xu’s claims of the property and Mercedes being held in trust were unsupported and incongruent with the facts of the case. Hence, it was ruled that Ms Wang only had to return the cash of $9.6 million which could be ascertained and congruent with Mr Xu’s claims of business failures, hence alluding to the possibility of trust.

So, what is trust in the eyes of the law?

When we use the words trust in everyday contexts, trust means to leave something valuable with someone else in good faith for safekeeping. It is not to be confused with transfer of ownership. A little but more into the legal history of Singapore, there are two types of interests in land, namely equitable and legal. A good title is one that has both the legal and equitable interest registered.

To ease your understanding, here is a case study for you. An ill mother nominates her sister as a trustee to manage her assets after her death, to be distributed to her own children when they turn 21. Currently, both her children are only 3 and 5 respectively. Until the children both turn 21, her sister will hold the property in trust. On the title, it will reflect that the sister holds the title on trust, holding the legal interest for the entire duration before the beneficiaries turn 21. The children hold equitable interests in the land, of which once they turn 21, the property will be transferred to them, where they will fulfil the requirements of a good title.

What happens if the sister decides to sell the trust property to someone else, and keep the sales proceeds to herself? In other words, the sister is choosing to breach the trust created! Singapore has two instruments of land title registration, both having different outcomes:

Under the previous land titles system which applied the Conveyance of Common Law, land was registered under the Registration of Deeds Act, which was laborious and complicated to check the validity of a good title, resulting in several occasions of title fraud.

As land titles were not codified and stored in a systemic manner which facilitates easy verification, title fraud arose when trust properties were sold to bona fide purchasers. Bona fide simply refers to an innocent buyer who did not know that the property was actually held under trust for another beneficiary. In our example, when the sister (trustee) sells the property to Person X who did not know that the property was a trust property, Person X becomes the bona fide purchaser. Bona fide purchasers are equity’s darling, in which the Courts will always favor and protect the interest of the innocent buyer, hence the property will belong to Person X. Unfortunately for the beneficiaries, they can only seek damages from the trustee.

To avoid multiple claimants and conflicts in land, Singapore adopted the Land Titles Act in which all land titles are to be registered in one system on a mandatory basis. By doing so, the Land titles stands for 3 main principles: Mirror, Curtain and Insurance Principle. Basically, the land titles Act ensures that the ownership is valid and the title indefeasible, with the guarantee by the State. Under this Act, all trust properties will reflect the trustee’s name to ensure that buyers are made aware that the property is held in trust.

The Singapore legal system has evolved down through the years, to adapt and meet the need for a transparent, efficient and equitable regulatory body which safeguards the interests of its individuals in society. The next time you buy a gift, think twice and ask yourself this: “Am I willing to part with it for good?” to save yourself the hassle of a dispute! 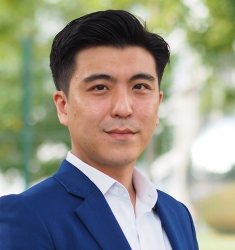 Keith Chan
After graduating with a degree in Business Management, Keith started his career working as a relationship manager in an offshore bank in Singapore. Having developed long-term relationships and advising both local and foreign clients with their financial needs, Keith’s expertise lies in an array of wealth management solutions such as insurance advisory, legacy protection, unit trust portfolio management, leveraged investments and structured investments.