Blog - Latest News
You are here: Home1 / Blog2 / A time of political polarization beyond our borders and how it impacts... 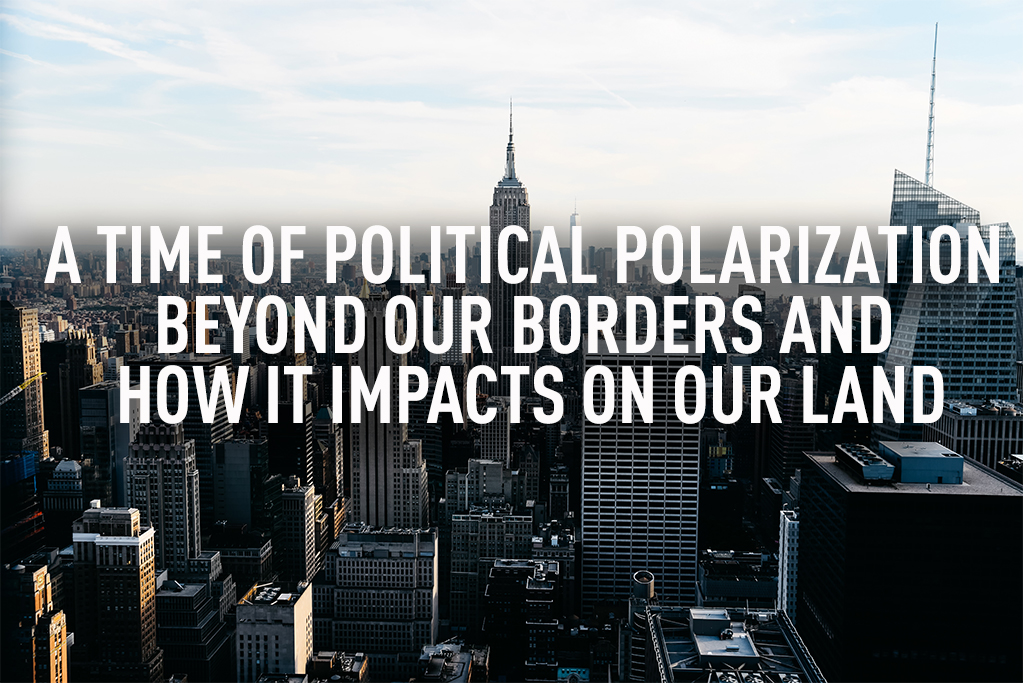 The first Presidential Electoral Debates took off to a bad start in the last week of September, starring incumbent President of the United States (POTUS) Trump and political rival, Joe Biden. With both setting their sights on winning the election set to happen on 3rd of November 2020, candidates found themselves in a spat involving controversial accusations and a series of heated arguments, televised and witnessed on the global front.

At the time of writing, US poll trackers indicate that the Democratic Party, helmed by Biden is in the lead ahead of the Republican Party. The country remains in a state of division leading up to the Election Day, while currently battling an on-going pandemic which saw over 200,000 deaths and over 7 million infected. While Singapore’s fair share of political campaigns have ended several months back, we will explore how a political affair beyond our borders could affect the local real estate scene right in your neighbourhood!

The outcome of the US 2020 Elections would determine the next 4 years not only for its American citizens, but global relations around the world. Since the 2016 Elections when Donald Trump took Office, relations with China – one of the world’s largest powerhouses have since deteriorated, with the onslaught of retaliations in the form of trade wars between the two nations.

This has dampened the confidence of Chinese investors, who have since withdrawn significant levels of up to 90% of investments in US companies such as those in Silicon Valley and Manhattan Real Estate. Likewise, due to the ongoing bans and heavy taxes imposed on foreign investment, Chinese merchants and investors are feeling the crunch. Left with no choice, they seek new appetites by investing in other economies such as Hong Kong, Singapore and Australia. The re-election of Trump into power could be a nightmare for some, and a dream come true for others. Here are some ways the elections could affect Singapore:

Should Trump be re-elected into Office, chances are that trade wars would take place with China again. Over the past 4 years under the Trump administration, US-Sino trade wars saw major US stock exchanges take a nosedive. The Dow Jones industrial average saw a dip of 2.9% average, tech-giant NASDAQ and S&P500 were not spared either. With the stock exchange venture not a less-attractive option, Sino investors are looking to invest abroad and Singapore’s prime real estate seems to be more enticing. In a previous article titled “What Makes Real Estate A Worthy Investment?”, we touched on what makes Singapore such as hotspot amongst investors. Despite the heavy stamp duties and taxes, investors still believe that Singapore remains one of the safest grounds, accompanied with the knowledge that Singapore’s housing is an ever-appreciating vehicle. You may be wondering, how would this affect you?

Apart from growing concerns of the influx of foreign talents and growing xenophobia, more investors would mean an increase in general prices of the housing market. Today, Singapore claims the title of being the city with the 2nd most expensive private property sector, second to Hong Kong. Nevertheless, the local government would seek to remedy the situation by introducing relevant measures to protect the interests of local buyers. However, there is only so much they can do to ensure that measures are calculated and weighted that do not shun investors altogether.

As seen in the recent controversy involving ByteDance – when the Trump administration ordered for the ban of popular Chinese-based social media platform, Tik Tok, attention was eventually diverted to Singapore. The re-election of Trump into office would likely render the US consumer market an unfeasible option for Chinese mega-companies such as ByteDance and Hua Wei. To keep their consumption levels afloat, Chinese enterprises would seek to take root in Asian countries, with Singapore standing out as the most attractive option given our neutral political climate, accompanied with a transparent and efficient business environment. This would boost transactions in the real estate sector, specifically commercial spaces and possibly the rental market in prime regions with the increase in need for housing to accommodate an increase in the numbers of expats incoming. Large enterprises taking root in Singapore would spell great news for the job market, with more opportunities presented. This is crucial as Singapore continues to muddle through the COVID-19 crisis which saw massive retrenchments and furloughs especially in badly affected sectors such as the aviation and tourism-related industries. To date, Singapore’s unemployment rates peaks at the highest in the past 10 years.

The outcome of the Elections remains a huge question mark, of which would determine the geopolitical climate of the world for the next 4 years. Singapore is the world’s 3rd most export-reliant country in Asia Pacific, with some of our key trades found in oil and gas refinery. Our position leaves us highly vulnerable to changes that happen around the globe. COVID-19 has also exposed Singapore’s fragility when it comes to our resources such as our food supply chain. To hedge again the worst, the Singapore government has taken drastic measures to reduce our reliance on the world, such as the “30 x 30” challenge announced by the Singapore Food Agency (SFA), whereby our tiny red dot seeks to produce 30% of our nutritional needs on our own through means such as urban farming involving technological advancements to work with our limitations such as space constraints. Here is parting food for thought: “Is Singapore ready for a time of great political polarization in the world?”

An abrupt freeze to a long-standing procedure: URA halts re-issue of Option...

Asian property magnet: What makes Singapore look so attractive as a hub for...
Scroll to top
WordPress Image Lightbox