Blog - Latest News
You are here: Home1 / Blog2 / All good things come to an end: Singapore’s first private leasehold re... 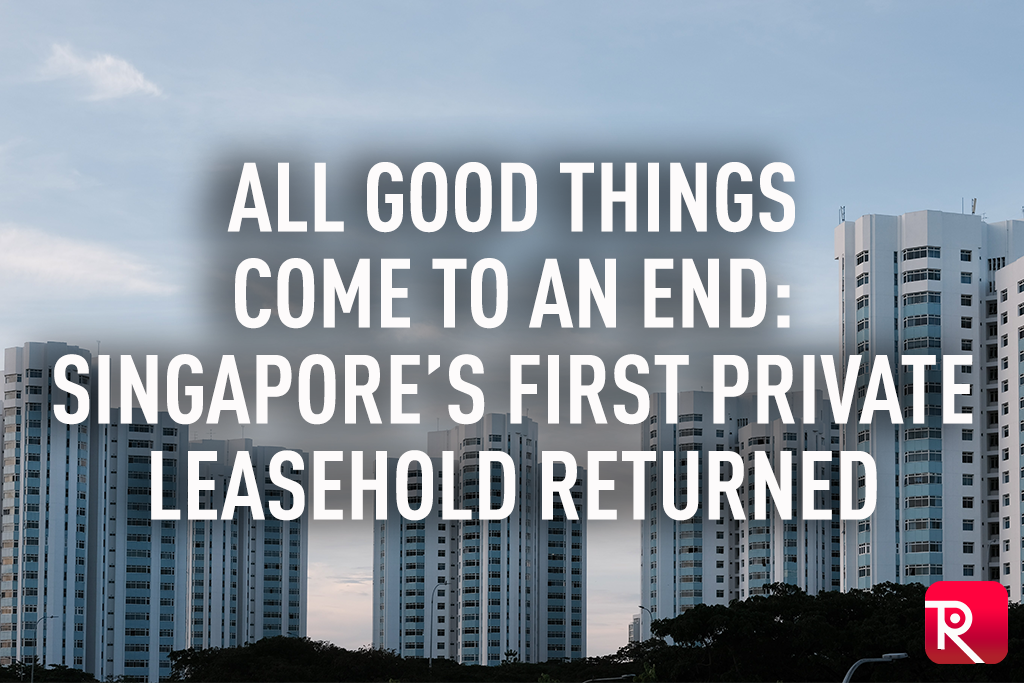 There is a common phrase that reverberates throughout many Singaporeans, “unless you actually own a freehold estate, you are always a lessee to the government”. By legal definitions, this statement is unfounded given that one does actually hold both equitable and legal interests in the land for the entire duration of the lease, be it 60 years, 99 years or 999 years. On legal papers, it is recognized that the purchase of the property is the actual owner.

However, when viewed from an alternative viewpoint, an owner of a leasehold property can begin to look just like a lessee, except that ‘tenancy’ durations span decades instead of the usual market rent duration. By definition also, a lease is otherwise known as a tenancy, in which the lessor lets out his property to a lessee for a fee paid in regular intervals. Hence, it can also be argued that one never actually really owns a leasehold property.

In this article, we will take a look into the plight of residents living along Geylang Lorong 3 who had their private leasehold homes ‘returned’, and touch on the various types of leases available here in sunny Singapore!

It was a bittersweet farewell for 191 families located along Geylang Lorong 3 who have called their two-storey terraces “home” for the last 60 years. Set for demolishment and redevelopment into future flats sold under the Built-To-Order (BTO) Scheme, homeowners had to surrender their flats to the State as the lease was due to end on the 31st December 2020 with no monetary compensation provided.

As harsh as it sounds, it is an undeniable reality that most Singaporean homeowners would have to face at a certain point in time. In our previous article, we addressed what happens when a HDB reaches the end of its 99-year journey and how all homeowners will have all rights and interests extinguished without contestation. For this reason, the market does not favor properties with short remaining lease periods and especially so if an en-bloc does not seem like a possibility.

This leaves the owners of such expiring lease properties with a ticking time bomb that proves to be difficult to dispose. Residents living in Jalan Chempaka in Tanah Merah are up next, with less than 14 years remaining on their lease.

Unfortunately, this scheme is applicable only for HDB flats. Below are the eligibility conditions to qualify for the scheme:

What are the different estates in Singapore?

For starters, Singapore has only 2 main categories of estates: Freehold and Leasehold.

Fee simple is the most common form of freehold estate behind bungalows, Semi-detached and terraces. Estate in fee-simple indicates that the owner owns the land and all structures above the land indefinitely, and upon his passing, the land and all its rights are passed on to inheritors.

The second form of freehold is life estate, which is rare in Singapore. As its name states, life estate refers to manner of estate in which the owner holds indefinite rights to the land for the duration of his life. At the moment of passing, the estate is immediately revoked and returned back to the State.

The next category would be Leasehold Estates, adopted by the HDB across all public housing units sold for 99 years. For those looking to purchase new condominium launches at the show flat, it is common that sales agents would pitch a 999- year lease project as “almost like freehold (sic)”. While 999 years may seem to stretch for a really long time, definitely way beyond one’s lifetime, it is by legal terms still a leasehold. Do not be misled to think that it is a freehold!

Leasehold properties for most residential projects sold today commonly come with tenures of either 99-years or 999-years, with exceptions such as Geylang Lorong 3 which was sold back in 1960 with 60 years lease period. It is without question that 999-year leasehold properties would fetch higher prices. Commercial and industrial pieces have leasehold tenures of 30 or 60 years. Commercial and industrial spaces tend to have significantly shorter leases than their residential counterparts likely to due to their land use and size.

Especially for industrial spaces, they tend to be larger in size, which affects the overall layout and outlook of the surrounding land. In addition to intensive land use and higher waste emissions, industrial projects may pose negative externalities to the surrounding land and may hinder governmental efforts to rejuvenate and redevelop the land should the need arise. As such, having shorter lease tenures of 30 years allows for the government to reclaim the land for effective urban planning.

When hunting for your next property, it is crucial to take note of its lease remaining. This entails long-term planning from finances to family milestones! Speak with us to find out how more!

The Ultimate Guide to Refinancing your home loan in Singapore