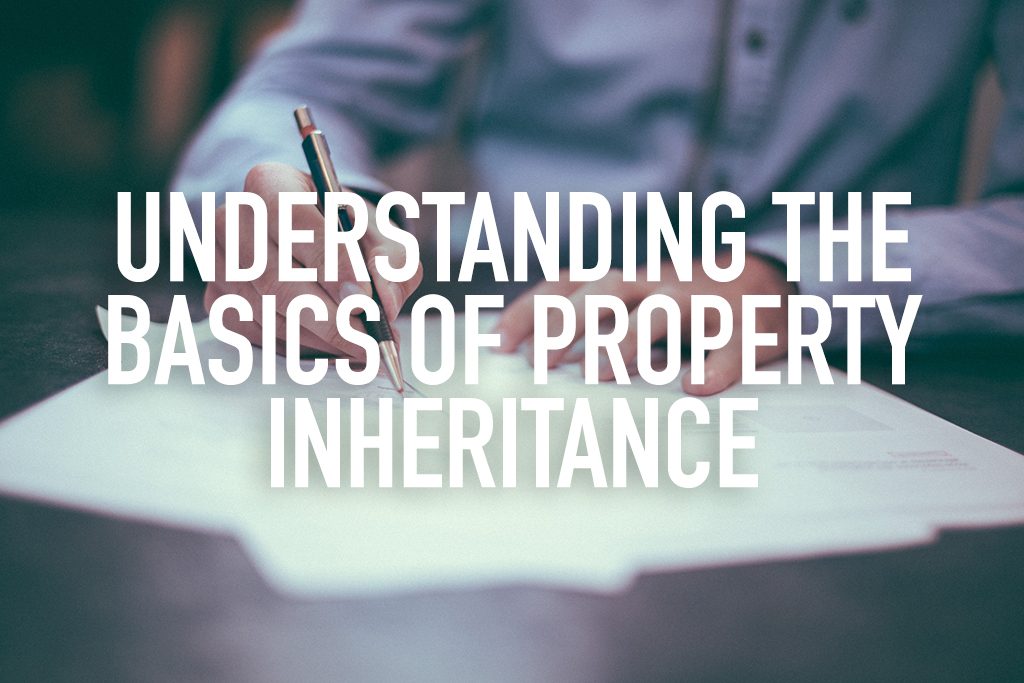 There are certain conditions to inheriting a property. For instance, the inheritance must be under the terms of a will by the deceased or in cases where there is no will, it has to be by the possession of the Interstate Succession Act.
To whom does your property go to after you pass on? Are you entitled to any form of property inheritance? Here is what the Singapore law says about it.

What Is Property Inheritance?

Property inheritance is the practice of passing on property to another person upon the death of an individual. The person who was entitled to receive a share of the deceased individual’s property is called the heir. The inheritance is either under the terms of a will or by the possession of the Interstate Succession Act which will be abided to if the deceased has no will.

The Importance Of Creating A Will

The owner of any property or land may pass on their property through a valid will. To be valid, one must be at least 21 years of age and the will has to be signed in the presence of two or more witnesses. It gives the testator (the person writing the will) the power to decide who he wants to pass on his property to. This way, you can legally ensure where your property goes after your death.

If you do not have a will, it means you have died “intestate”. When this happens, the intestacy laws of the state will determine how your property will be distributed. In Singapore, these rules are stipulated in the Intestate Succession Act, and if you are a Muslim, the rules apply under the Administration of Muslim Law Act.

Singapore’s law on inheritance with regards to owning an existing property: 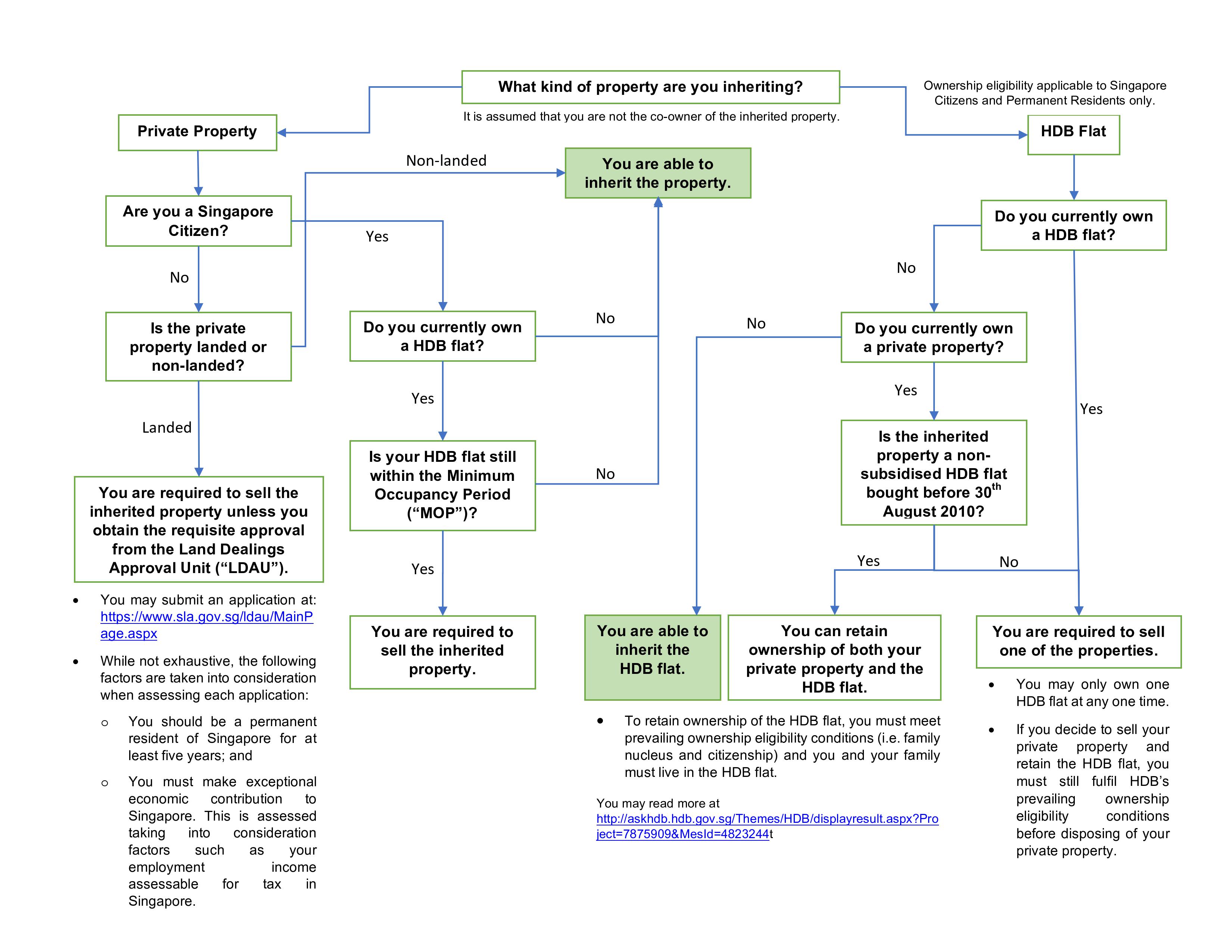 If you inherit a private property and own an HDB flat, whether you can retain ownership of both properties depends on your resident status and if your HDB flat is still within the Minimum Occupation Period (MOP).

The rule of thumb is, you cannot own two HDB flats regardless of residence status. Should you inherit one while you have an existing HDB flat in your name, you would have to sell one of the properties. However, if you own a private property, you may or may not be able to keep the inherited HDB flat, depending if the HDB flat was originally purchased unsubsidised before 30th August 2010.

In general, only Singaporeans can own landed property in Singapore. Under the Residential Property Act, foreigners are not allowed to buy or own any landed property except for those in Sentosa. Foreigners and PRs are only allowed to own restricted residential properties if they have obtained prior approval from the Land Dealings Approval Unit (LDAU).

Should you be willed a landed property as a foreigner or PR, a foreign beneficiary would have to get LDAU approval before you are eligible to own this property. If approval is not granted, the trustee would have to dispose of the property within the 10-year time limit.

Do You Need To Pay ABSD And Estate Tax On An Inherited Property?

According to the Inland Revenue Authority of Singapore (IRAS), Estate Duty has been removed for deaths on and after 15 February 2008. The answer is simply, no, if the property has to be inherited in accordance to:

If you inherit a property under your name, and you want to buy another property, it will be considered as a second property and ABSD would be payable in this case.

Meanwhile, Seller’s Stamp Duty (SSD) could be payable should the beneficiary want to dispose of the property in the future.

This article was first published on PropertyGuru.

Thomas Chew
Thomas takes pride in helping people with their financing needs. Before joining Redbrick, he enjoyed a celebrated career in the local banking scene, acquiring numerous sales and service awards to his name. Many years on in banking, Thomas takes his experience and now specializes in mortgage advisory. Exuding confidence in his work, he believes that every client should be prepared to be wowed by his award winning service.
Latest posts by Thomas Chew (see all)
May 24, 2019/by Thomas Chew
https://www.redbrick.sg/wp-content/uploads/2019/05/Understanding-The-Basics-Of-Property-Inheritance.jpg 683 1024 Thomas Chew https://www.redbrick.sg/wp-content/uploads/2018/02/RBMortgageAd-01Colour-300x85.png Thomas Chew2019-05-24 17:17:262019-05-24 17:19:31Understanding The Basics Of Property Inheritance

The 5C’s of Housing that All Singaporeans Should Know