In a bid to cater to the needs of singles, low-income families and the elderly, the Ministry of National Development (MND) and Housing & Development Board (HDB) introduced the 2-Room Flexi Scheme in 2015. For the elderly, this scheme provides an additional housing option during retirement, allowing them more flexibility in retirement planning.

In every Build-to-Order (BTO) exercise, at least 40% of the 2-Room Flexi flats will be reserved for the elderly, subject to a minimum of 100 units. Half of this quota will be reserved for elderly who are going to live near to either their married children or their current flat, and they will enjoy priority under the Senior Priority Scheme (SPS).

The 2-Room Flexi flat is a very viable option as a retirement home. However, before making the decision to buy a Flexi flat, it is best to consider all the following points:

The scheme allows elderly citizens aged 55 and above to purchase 2-Room Flexi flats with shorter leases of 15 to 45 years, but the lease length must be long enough to cover the elderly occupants till they are 95 years old.

Shorter leases appeal to retirees, especially since purchasing a flat with a shorter lease will mean having to pay a lower price. This allows retirees to down-size (or right-size as HDB chooses to call it) and unlock a significant portion of the cash-value of their existing properties.

The Flexi flats come in either 36sqm or 45sqm. This is about half or a little less than half of a standard 4-room flat, which is just nice for retirees. Most elderly couples living by themselves would probably prefer staying in smaller spaces, so that cleaning the house is not so taxing.

The scheme will have a variation of the Optional Component Scheme (OCS), which HDB has referred to as Flexi Fittings. There are 3 new OCS packages that retirees can choose from, which will include flooring, sanitary fittings, built-in kitchen cabinets and even built-in wardrobes. All these flats, regardless of which option selected, will include grab bars already fitted in.

While it is true that Flexi flats with shorter leases cost less, but the cost of the lease per year rises as the lease term decreases. The reason for this is due to the cost of construction for the unit, which does not vary according to the lease and therefore represents a fixed cost.

Additionally, the 2-Room Flexi Scheme does not allow the buyer to sell off the unit on the open market, but can be returned to HDB. HDB will then pay out a pro-rated sum of the original price based on the remaining lease of the flat. 2-Room Flexi flats cannot be rented out at all, whether it be whole unit or single bedroom. This means that buyers will not be able to get either capital gain or rental income from their flats.

Fortunately, retirees (aged 55 and above) who are subject to a hefty resale levy because they sold their first subsidized flat before 3 March 2006 and did not pay off the levy then, can have the accrued interest component waived. They will only be liable to pay for the percentage resale levy. This is very beneficial for these retirees, because the accrued interest at 5% can amount to exorbitant sums.

Additionally, if the Flexi flat was purchased under the SPS, the children must continue living within a 4km radius from their parents during the entire duration of the MOP.

Payment for the flat

Leveraging is a core component of the real estate game, because it enlarges purchasing power and consequently amplifies returns. Since the Flexi flats are not meant for investment purposes, it makes sense that retirees cannot take any form of housing loan to buy these flats. Payment must be in cash or Central Provident Fund (CPF) only. This is also to ensure retirees are not burdened by a mortgage in their twilight years.

However, retirees must therefore ensure that they are able to pay for the flat in one lump sum. This should not be a problem for most retirees, because when they down-size from their existing flats they can use the proceeds to pay for the Flexi flat.

There has been considerable demand from retirees for 2-Room Flexi flats since its inception, which is not all that surprising. The scheme is by far definitely superior to the Lease Buyback Scheme (LBS), which is another possible alternative for retirees to cash-out on their property. If not emotionally attached to their current property, the 2-Room Flexi Scheme is the way to go, especially for retirees that have a lower budget. 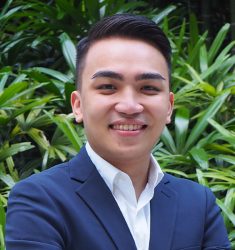 Jason Neo
Jason enjoyed his career in the unsecured lending segment of banking. Meeting people and providing solution for their short-term needs brings job satisfaction to him.

He strongly believes that real estate is one of the essential fields that is evergreen. Being the advisor to bridge the gap between homeowners and ease of selecting the best financier helps build a happy family.

Rental in Singapore: A cultural shift and its impact on the real estate market