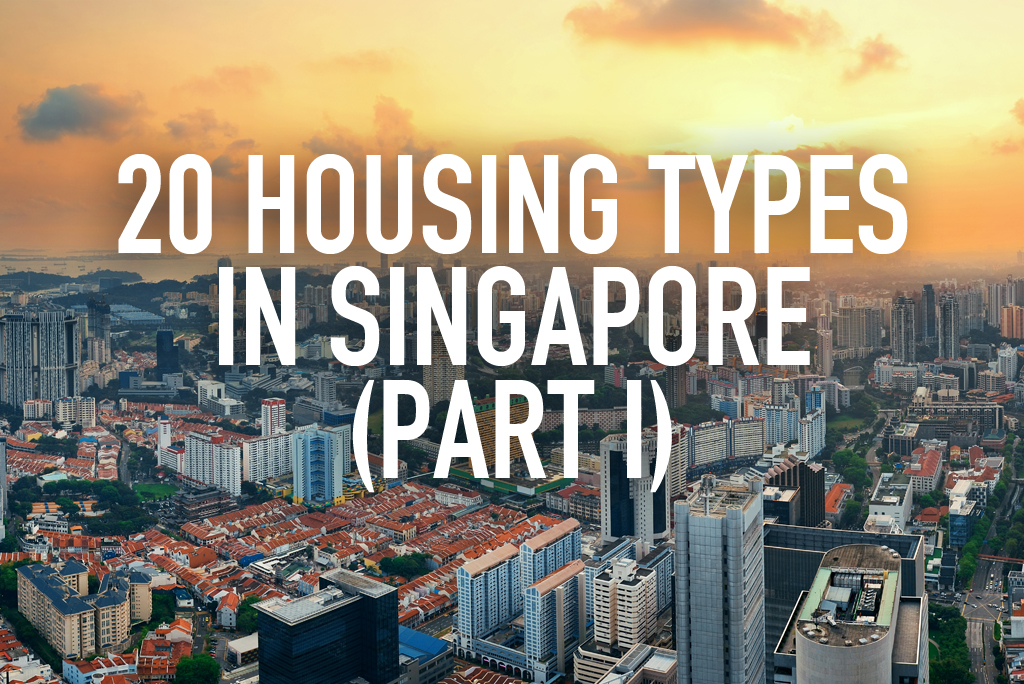 Ever wondered what are the types of properties available in Singapore? Despite the fact that over 80% of Singapore’s resident population live in public housing aka the HDB flats, there is still a great diversity of housing types available in the city-state to meet the different housing needs and stages of the life course of Singapore residents.

Are you a first-time homebuyer confused by the overwhelming myriad of acronyms and property types in Singapore? What are ECs, DBSS flats, Studio Apartments, HUDC flats, Cluster Houses, etc? Which type of property is more suitable for young couple, elderly, singles, multi-generation family or foreigners? In this article, a summary of the types of housing you can find in Singapore will be provided to help you identify the key differences between them. 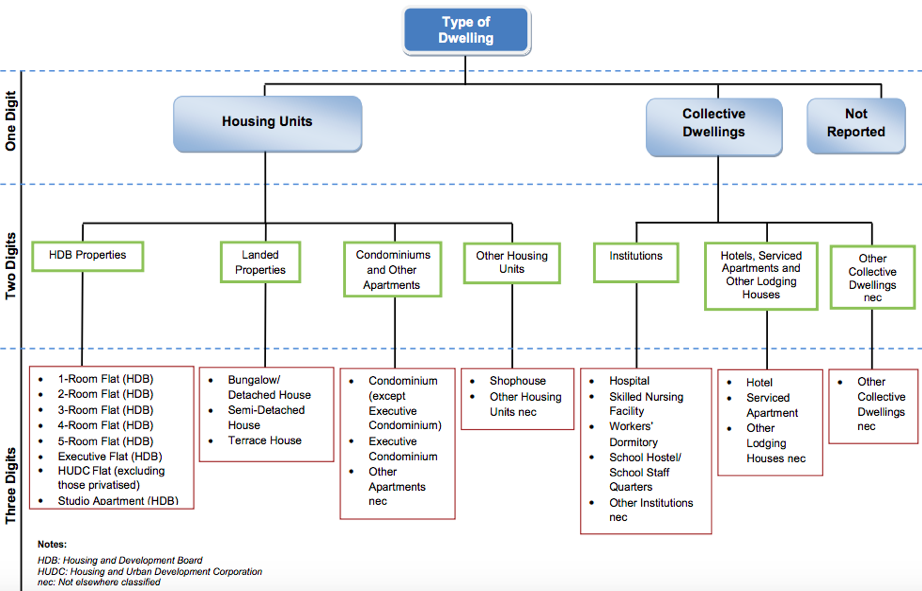 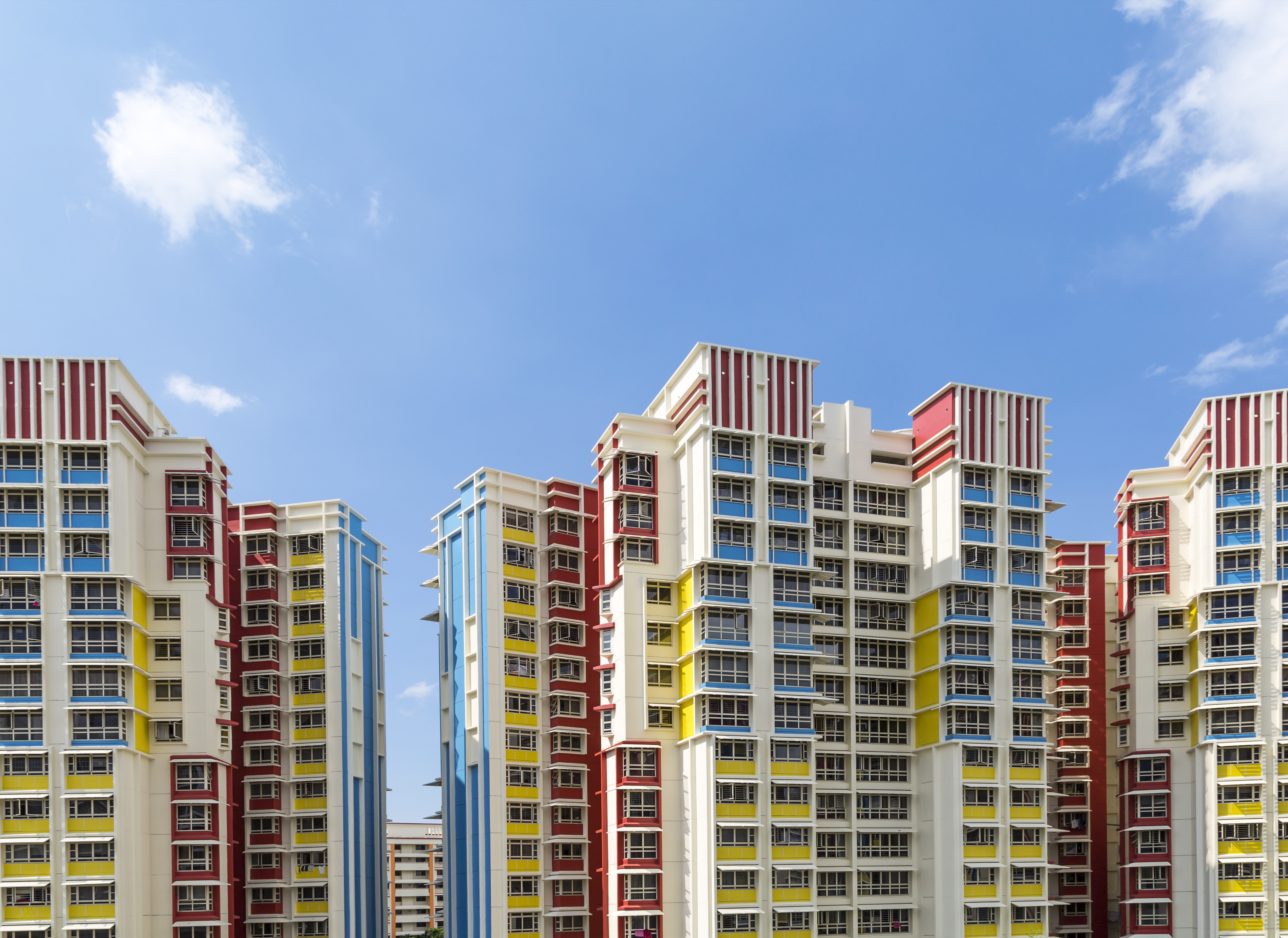 Prior to HDB, the Singapore Improvement Trust (SIT) was set up in July 1927 to solve the issue of housing shortage and improve overall living conditions in Singapore. Such housing projects were built in areas such as Lorong Limau, Queenstown, Balestier and Tiong Bahru. However, SIT was dissolved in 1959, and its successor, the HDB, took over in February 1960.

Primarily built to increase home ownership and provide affordable housing for the majority of Singaporeans, in which such property purchase can also be financially aided by the Central Provident Fund (CPF), it is no wonder that more than 80% of Singaporeans are now living in HDB flats due to the flats’ affordability and high-quality.

HDB flats are all 99-year leases. Managed and built by the Housing and Development Board (HDB), there is a wide range of flat types and layouts which cater to various household sizes and housing budgets. Typically, HDB flats are well-connected via public transport like MRT and buses. Living in an HDB estate also allows residents to have access to a self-sufficient community with amenities such as supermarkets, parks, food centres, playgrounds, schools, clinics and shopping malls.

However, foreigners are not allowed to purchase HDB flats, while Singapore Citizens or Permanent Residents can purchase HDB flats either through resale in the open market or directly from the government, provided that the eligibility criteria are met.

Studio Apartments are designed to meet the needs of elderly who will be living independently, either alone or up to two people in a 36 or 45 square metres unit. A studio apartment offers many elderly-friendly features such as specialized non-slip tiles, support bars in the bathroom and multiply pull-for-help cords.

The 2-room Flexi Flats merge and replace the previous two-room flat and studio apartment schemes, which allow elderly buyers to choose from flexible lease options ranging from 15 years to 45 years in five-year increments. Such flats were introduced in 2015, and they are able to accommodate different buyers such as families, singles, and elderly. In addition to one bedroom and bathroom each, a 2-room flat is equipped with a kitchen and  a storeroom-cum-apartment shelter.

A 3-room flat is suitable for families that are in search of a cosy and compact home, such as child-rearing families and soon-to-be parent couples. It comprises master bedroom with bathroom, extra bedroom, common bathroom, kitchen, living/ dining area, service yard and storeroom-cum-apartment shelter.

This type of property features one master bedroom, two common bedrooms, kitchen, living/ dining area, service yard and storeroom-cum-apartment shelter. A 4-room flat is ideal for families who already have or are intending to have kids in the near future.

Besides bedrooms and bathrooms, a 5-room flat offers living/ dining area, kitchen, service yard and storeroom-cum-apartment shelter as well. As 5-room flats are more spacious, larger households like extended families with more than four members, can consider this option.

Designed to meet the needs of multi-generation families, 3Gen flats have living/ dining area, kitchen, service yard and storage-cum-apartment shelter. As compared to the 5-room flat, this type of property is slightly larger in size and an additional bedroom and bathroom can potentially be fit into the design.

Note that this is not the same as Executive Condominiums. Since this housing type is usually 130 square metres in terms of its floor area, Executive Flats feature an additional space for a study room, television room or guest room. Similar to the other HDB flats, it also comprises living area, dining area, kitchen and storeroom-cum-apartment shelter.

These properties possess both public and private housing characteristics:

Launched in 1996 to provide flat buyers with more options, ECs are developed and sold by private developers with a 99-year lease. While ECs have facilities and designs comparable to private condominiums, they have some restrictions imposed by HDB such as eligibility requirements and minimum occupancy period. For example, all ECs cannot be sold in the first 5 years, but will automatically acquire “fully privatised” status after 10 years. In addition, ECs can be sold to foreigners only after 10 years, when they are fully privatised.

Typically, ECs have slightly larger floor area than HDB flats but smaller than private condominiums. They are ideal for young professionals and couples who find private properties out of reach, but are able to afford more than HDB flats.

Housing and Urban Development Corporation (HUDC) flats were popular during the 80s  due to their larger size and fancier designs, until they were phased out in 1987 as the number of housing choices increased. Although discontinued, there were still 18 estates left with a total of 7,731 HUDC leasehold units. In 1995, HDB announced privatisation to meet the rising aspirations of Singaporeans to own private properties, and all HUDC flats have been privatised as of March 2017:

Introduced by HDB in 2005, DBSS flats were meant for public housing and developed by private developers. Flats built under the scheme were mostly in mature estates such as Tampines, Ang Mo Kio and Bishan. A total of 13 DBSS sites were launched, totalling 8,533 units that all come with better designs than HDB flats. However, as HDB did not control the pricing of DBSS units put up for sale in the open market, the scheme was poorly received and subsequently suspended indefinitely.

Similar to ECs and HUDC flats, DBSS flats are larger in size as compared to HDB flats, but smaller than private condominiums. In the same way, DBSS flats cater to homebuyers who could not afford a private property, yet are sufficiently affluent to purchase HDB flats.

20 housing types in Singapore — Do you know them all? (Part II)
Scroll to top
WordPress Image Lightbox