Blog - Latest News
You are here: Home1 / Blog2 / How does the trade war affect interest rates? 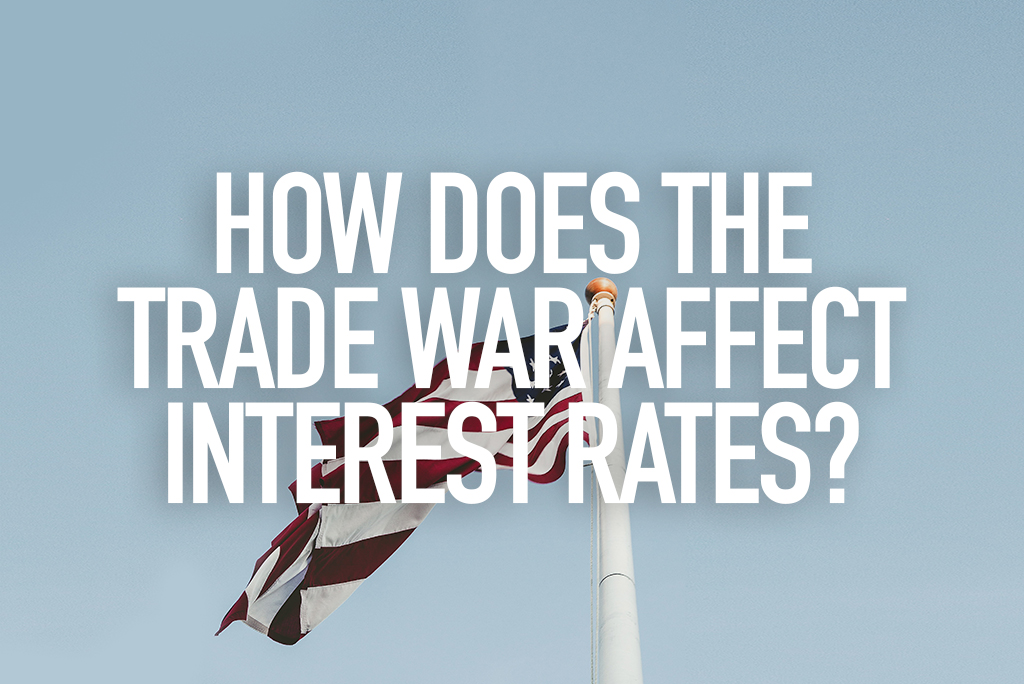 According to reports, Singapore is likely to be affected the most amongst all the South East Asia countries as we are extremely reliant on trade for our economy to thrive. However, with all the trade tariffs being implemented due to the trade war, it is unlikely that our economy will remain unaffected and stable.

With our economy being affected, this is where it hits close to home: interest rates for home loans are also affected. Before we dive into the effects of the trade war on the interest rate, let us first understand the type of loans that are available in the market.

SIBOR is regulated by the Monetary Authority of Singapore (MAS) and it is also believed that it has a very high correlation with the US Fed rate. As such, if we observe a rise in the US Fed rates, we are too likely to see a rise in SIBOR, and vice versa. For home loans that use SIBOR, the interest rate is the SIBOR rate plus a spread, which is the bank’s charge.

This rate is pegged to the bank’s board rate and it is impossible to know how the rates are being derived since banks are the ones that manage the rates.

This rate is pegged to the bank’s Fixed Deposit Savings Account rate, plus a spread which is the bank’s charge. It is impossible to know how the rates are being derived as well since banks are the ones that managed the Fixed Deposit rates.

As its name suggests, Fixed rates do not fluctuate and they provide the stability and security to hedge against other financial risks.

The Effect of Trade War on Home Loan

With the trade war, it will dampen the economy in the United States and thus we will likely see the Fed rate decreasing. There is also recent speculation that there might be further cuts for the Fed rate since many investors are predicting that the Federal Reserve would follow the lead of the European Central Bank, and this might lead to a further cut in rates. With this further cut in rates, home loans with SIBOR are likely to see a decrease as well.

Although both SIBOR and Fixed deposit rates are likely to move very similarly, SIBOR is known to be more volatile. Generally, the effect is more evident for those that are taking home loans with SIBOR since this rate is highly correlated with the US Fed rates. This is especially so for those homeowners borrowing a one-month SIBOR if the interest rate cut becomes a reality.

This might also open another option for HDB homeowners who are currently on the HDB Concessionary Loan, to see if they are willing to take the risk of refinancing their HDB to a private bank loan. The general trend of the HDB Concessionary Loan is that the interest rate is always pegged at 0.1% above the prevailing CPF rate. Even though it is revised every quarter, no change has been observed for the past 2 decades. Though the HDB loan is rather stable, homeowners taking this loan have indeed been paying more than those taking a loan from private banks.

One thing that HDB homeowners should bear in mind before refinancing their HDB Concessionary Loan to a private bank loan is whether they are able to monitor their mortgage loans diligently and look for the right refinancing opportunity.

If you are unable to monitor your mortgage loan diligently, the HDB loan might be a better option since it is extremely stable and might be cheaper in the long run. However, if you are able to monitor your mortgage loan and look for the right refinancing opportunities, private bank loans might be a better choice since you would want to keep the interest repayment as low as possible.

The US-China trade war certainly has an impact on the interest rate of home loans especially for homeowners taking up mortgage loans pegged to SIBOR. This is due to the high correlation with the US Fed rate since there is speculation for the Fed rate to decrease. With the continuation of the trade war, homeowners taking up a loan with SIBOR are going to be the biggest beneficiary of this war.

Tampines VS Punggol, Battle of the September 2019 BTO Launch

Does my property have en bloc potential?
Scroll to top
WordPress Image Lightbox