Million-dollar flats: Striking it rich with your HDB flat?

The days in which successful applicants of the Built-To-Order (BTO) are able to boast of being able to sell of their flats at “high resale prices” might soon be over. Over the past weeks, owners of BTO’s that have recently completed their Minimum Occupancy Period (MOP) of 5 years have taken to the resale market to dispose of their property, fetching sky high prices with some crossing the million-dollar mark. The common traits between these units were their central locations, larger-than-usual unit sizes or DBSS flats.

Upon completion of the MOP periods, occupants of these flats let go of their units at nearly 30% higher than the expected resale value and valuation, which has caught the attention of the authorities. Determining this as a “lottery HDB conundrum”, it defeats the fundamental purpose of a HDB which was to provide affordable housing options to the general populous. In this article, we will evaluate possible policy changes that are to be expected in the coming years with regards to the sale of BTO’s especially in prime locations!

But why must the government intervene? Should it not be left to the market?

The fundamentals of any market would be the free market forces governing the supply and demand, and in such a perfect situation, million-dollar HDBs are purely reflective of a certain perceived value and demand. This is what actually happens in the resale market for private properties including your condominiums and landed properties, where the prices are left purely up to the stakeholders of the market to decide without much intervention by the State except for cooling measures such as the Additional Buyer’s Stamp Duty (ABSD) and Seller’s Stamp Duty (SSD).

Unfortunately, HDB flats do not enjoy equivalent levels of freedom and opportunity simply because they are heavily subsidised by the government. “There is no free lunch”- a phrase that many of us are familiar with, is seen here. By opting to ballot for a BTO successfully and taking on government subsidies and grants to aid with the financing of the home, it is a benefit given by the government, but comes with its set of limitations and regulations on what you can and cannot do. Selling your HDB at extraordinary prices may just be added to the list of what you cannot do.

Million-dollar HDBs have become a widely debated topic, with many expressing discontent with the fact that BTO’s are now used as launching pads to instant wealth, instead of being used for the purpose of affordable housing. Deemed unequitable because one receives large sums of subsidies only to sell it at high prices, there is growing fear that HDBs in prime locations would be added to the arsenal of the rich seeking to multiply their wealth. For those who are worried that your future generations will be unable to afford housing here in Singapore, this would come as reassuring news to you!

This comes amidst news of HDB developments to be built along the Greater Southern Waterfront (GSW) region, which authorities fear would result in possible gentrification that “only the wealthy can afford to live in” if left unregulated. To put it simply, gentrification is the process in which the wealthy become the majority which affects the surrounding of an area.

What can we expect moving forward?

Policies, policies and more policies. Policies are one of the most effective ways to instill change and curb externalities in Singapore. To limit inflated HDB resale prices in prime areas, the government is looking to implement potential cooling measures. Of course, these measures will only come after intensive feedback and suggestion loops conducted with the public. Measures can come in the form of tax-levies for units sold in prime areas, however they each carry their own set of limitations.

“Prime” is a subjective term, one that depends on a personal opinion of a place, hence the implementation of tax levies on these “prime” areas could receive backlash from the people. Afterall, the government depends on the vote and the confidence of the people. Hence, such a decision would require an intensive and well-considered approach to ensure that an equitable balance is achieved in society overall.

Housing remains a largely sensitive concern amongst many Singaporeans, with the pressures of incoming foreign talent pools moving in to take root here.  If you could voice your opinions on this, would you want for the government to intervene in the resale market for prime areas? Why, or why not? 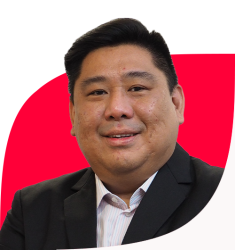 Glenn Teo
After graduating with a degree in Business and Management Studies (Honours), Glenn built his career in the banking industry for 12 years, working for UOB, DBS & Maybank. His passion in helping clients achieve their financial goals has won him numerous testimonials and accolades when it comes to advising wealth related matters.

With an upbeat attitude, deep knowledge in the functions of the banking industry and excellent interpersonal skills, he believes that he will be able to aid clients with the right mortgage advice to turn their liabilities to assets soonest.