Blog - Latest News
You are here: Home1 / Blog2 / 5 new areas in Singapore for your next home 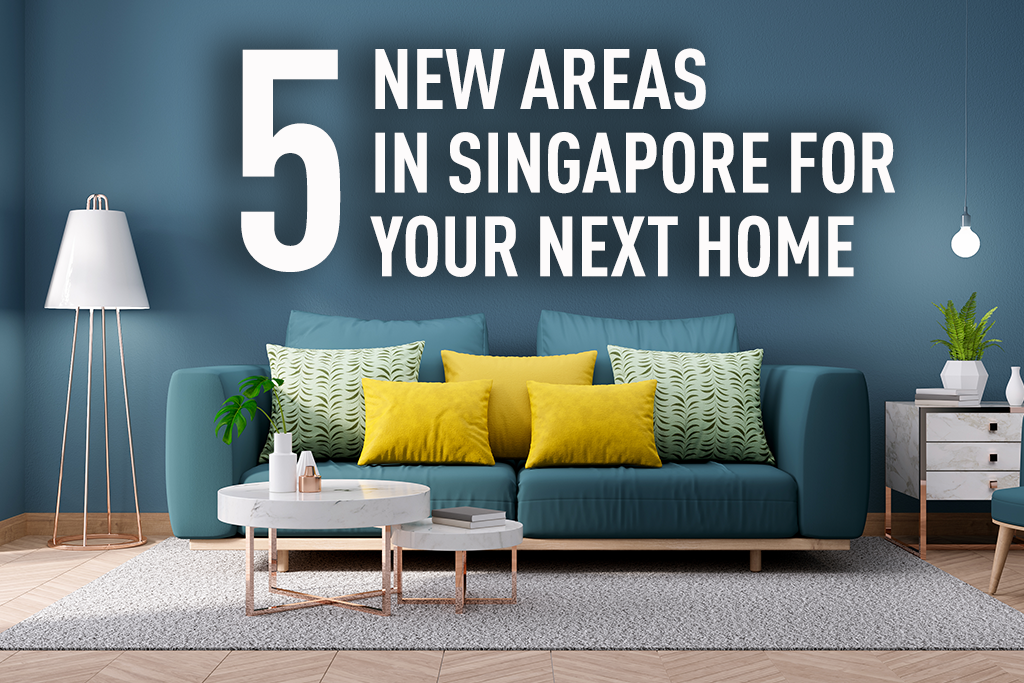 Singapore as we know is always striving to become a beautiful livable city. We often see buildings in mid-construction and these sites are not a rare sight at all.

Amidst all the hustle and bustle of the city-state, new residential towns are emerging, slowly but surely.

In this article, we will look at 5 areas in Singapore undergoing rapid development. The reason for this?

The following emerging towns show Singapore’s urban planning direction. Let’s take a look at some of their upcoming projects.

Perhaps the most famous upcoming development is the Jurong Lake District, where URA plans to create 20,000 new homes over 160 Hectares of land; that’s about 142 football fields combined!

URA has conceptualised it to be a “future-ready regional centre”;  a smart and sustainable district of gardens and water. We can envision it to be well connected within the district as well as to the rest of Singapore, even to Johor Bahru.

This accessibility will greatly increase value of property there, so keep an eye on them.

The Jurong Lake district is in a very strategic location, near high-value industries and the new Tuas port. It is also near the National University of Singapore (NUS) and Nanyang Technological University (NTU).

There are also plans to include a 15 km cycling track for seamless travelling as well as to expand the unique green spaces, such as the Jurong Lake Gardens, Jurong Town Hall and the New Waterway.

Proposed to be a new-concept residential precinct, Kampung Bugis will be the new car-lite town with about 4,000 new residential units.

The Singapore Land Authority (SLA) announced a makeover of the precinct to commence and expected to be launched sometime within the next two years.

SLA plans to conduct remediation,  the process of cleaning and washing off chemicals and metal compounds currently present in the soil, allowing a much cleaner environment for residents.

Plans to build more underground passes and cycling routes are made to improve connectivity, while open spaces and waterfront living will be encouraged to create community spaces, which are important for new home buyers.

Located 10 mins by foot from King Albert Park MRT station, Holland Plain will be the new private residential district. It is aimed to be launched in 2021, with an estimated 2,500 residential units.

More than 25 percent of the area will be set aside for a wetland park and a community plain, and the precinct will be dotted with skyline greenery, which will cool down over temperatures in the area.

This neighbourhood has a similar concept to Kampong Bugis – nature, connectivity and community.

These towns are under the Remaking Our Heartland (ROH) programme, an initiative by Prime Minister Lee Hsien Loong to renew and further develop existing HDB towns in Singapore. Punggol, Yishun and Dawson were the first 3 towns to be selected for the programme in 2007 and have been successfully rejuvenated.

Woodlands is set to have the biggest changes out of the two. HDB has plans to expand its regional centre, creating more jobs and bringing them close to homes. This includes Woodlands Central, the area surrounding Woodlands MRT station, Causeway Point, Woodlands North Coast and Woodlands Waterfront.

The plans include a new 1.9 km community link and health campus, alongside the 10,000 new homes that will be created.

For Toa Payoh, there will be two new areas for public housing. One being the 10 Hectare site adjacent to Caldecott MRT station and a 4ha site in Toa Payoh East.

We can estimate that 5,000 units will be created They will be catered more towards the elderly due to the high proportion of residents aged over 60.

Meanwhile, a huge Pasir Ris site in its central area has been identified under the ROH programme. Pasir Ris will be transformed into a town centre with a vibrant hub, enhanced green living and community spaces.

Creating a central greenway that connects tampines town to Pasir Ris Park for cyclists and pedestrians will significantly improve connectivity of the town.

If you are considering buying a new home or investment property, these five places have the newest concepts and residential units. They are all surrounding similar themes –  connectivity, green spaces and community.

If you like the sound of these places, you should definitely explore deeper into what they offer and keep and eye on URA’s announcements in the next few years.

An eye for opportunity: How to spot potential en-bloc properties?
Scroll to top
WordPress Image Lightbox