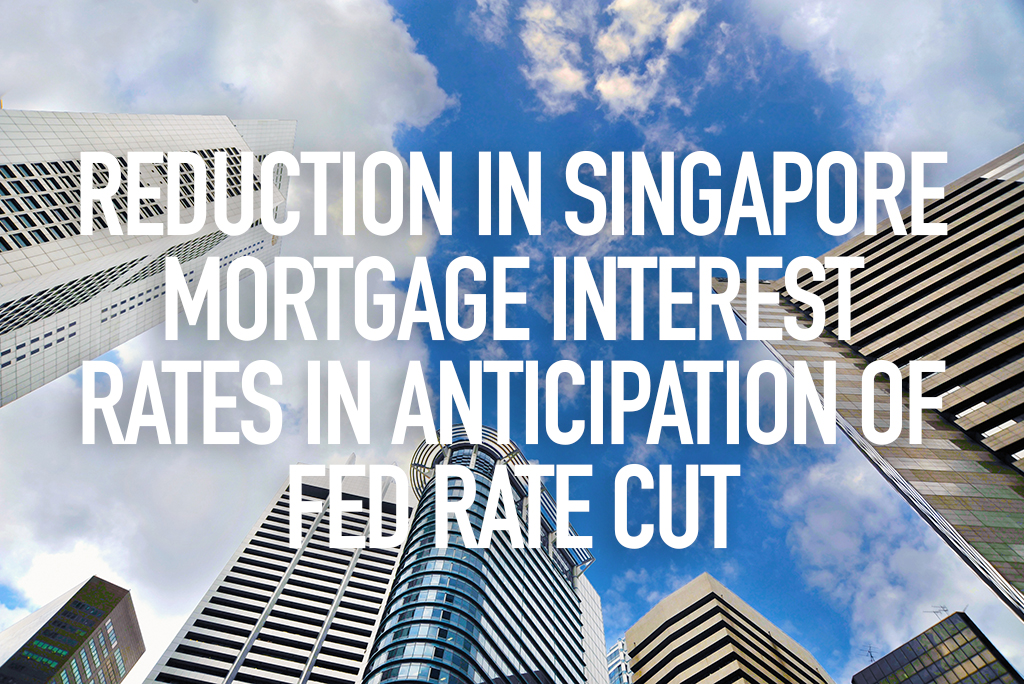 In speculation of the rate cuts by the US Federal Reserve, Singapore banks have started to make adjustments by lowering their home loan rates.

The banks have already reduced their fixed rates today in the market, so the spread between a fixed interest rate and a floating interest rate is as narrow as 10 to 15 basis points. Thus, the reduction of the interest rate is evident and there might also be a further reduction in the future, but this will have to depend on how the market, as well as trade war between the US and China, plays out.

Even though the US Fed Rate remains unchanged in the last policy meeting, the Fed has also indicated a rate cut is likely to happen.

Economists are keeping a close look out on the Fed rate in anticipation for the next change. Some have even forecasted that there might be more than one rate cut this year since the upcoming G20 meeting in Japan could also affect Fed decisions.

This coincides with the view of the Market Strategist of IG Asia Pan Jingyi, who predicted that the market is pricing in expectations for at least 2 rate cuts by the end of the year and the Fed rate will be expected to drop by 25 basis point by July this year.

This is good news for homeowners who are looking to refinance or take up a new home loan since the US Fed rate is highly correlated to the Singapore Interbank Offered Rate (SIBOR) which is being used to benchmark the floating interest rates. Hence, a cut in the US Fed rate will affect the SIBOR having a lower rate. This will mean that homeowners will get to enjoy cheaper loans thus lower monthly instalments. Despite the rates being lowered, analysts do not speculate that housing demand will be on a rise.

The refinancing process takes at least 3 months to complete and homeowners can start shopping around for the best rates offered by the banks now as the timing is just right.

Not sure if you’re eligible to refinance? Talk to us today!

How to leverage on property cycles to sell and buy property