Rental in Singapore: A cultural shift and its impact on the real estate market

Amidst all the attention paid to the resale market, there is an undercurrent festering in the real estate market. Ever since COVID-19 made landfall in our lion city, the Singapore government had administered policies and movement restrictions to curb its further spread. One of them was the implementation of the Circuit Breaker period, in which all residents were required to stay home and hunker down for an estimated 2 months.

Inadvertently, with individuals cooped up in a single flat with limited places to seek reprieve, conflicts and tensions arose, and for some it became unbearable. Accompanied with shifting cultural values in the younger generation, the rental market has gained increasing popularity as a housing option, disassociating from the traditional view of purchasing a new or resale flat. In this article, we will take a peek into how a gradual evolution in socio-cultural beliefs coupled with the impact of COVID-19 has given rise to a less conventional living option!

In conservative Singapore, the rite of passage for any adult has largely been to first be wed before moving out to set up a family nucleus of their own. Additionally, Singaporean families have long standing preferences for buying a resale unit from the market or a Built-To-Order (BTO) from the HDB.

Rental in Singapore has often been seen as a less favorable option, with reasons cited including “less flexibility” due to rules stipulated under most tenancy agreements, or that rent is “less stable” given that it is subjected to a contract with the landlord and may entail revisions to the rental rate upon termination of the existing lease subjected to market conditions. But amidst all these perceptions on rent, it is gaining popularity with younger Singaporean couples, and here is why:

With rising cost of living and greater attention paid to securing a good career, individuals today start families at later ages. As of 2019 alone, the median age for marriage across both men and women rose compared to just 10 years ago. Unfortunately, the Singapore public housing scheme strictly favors families, with the requirement of a valid Certificate of Marriage at the time of key collection for a HDB flat. This deters groups of young and career-driven individuals who are not willing to commit to a marriage just yet. On the other hand, while private housing options do not possess the same strict requirements as flats purchased under the HDB, the greater flexibility comes with a far greater price tag which can pose as a financial encumbrance for those who are at the starting line of a new career. This leaves rental in Singapore as the only option for young couples or individuals who want to have a shot at personal freedom without all the constraints and minimized costs.

2. Rental in Singapore – A liberation in cultural values

Being largely comprised of a Chinese population, it is unsurprising that a large portion of its citizens carry with them conservative values and viewpoints on the topic of cohabitation. Cohabitation is the term used to describe two unwed individuals living together in a home. However, with greater influence from extraneous factors and the onset of widespread “Westernization” coupled with significant economic development, the once conservative Singapore might be embracing a new normal. In a research conducted by the Institute of Policy Studies, it witnessed that the percentages of Singaporeans who opposed the idea of cohabitation had drastically reduced from 46.4% in 2013 to the current 36.1% in 2018. The relaxation in strict cultural beliefs has opened up windows of opportunity for the rental market.

Due to major disruptions in supply-chains and cross-border movement controls, the construction industry is facing massive operational difficulties. Already having to deal with the backlog of semi-completed projects due to the 2-month Circuit Breaker period which saw complete cessation of all construction works to curb the spread of the disease, construction companies responsible for the construction of the BTO units are facing a crunch combined with the mandatory the implementation of safe distancing operating procedures which further reduces the total allowable number of workers on site at any given point in time.

As a result, BTO construction estimated periods have extended from the typical 3 years to the current 5 years on average. This extended wait times are seen as undesirable and “too long” by younger couples whose plans for marriage and family planning have been disrupted. For those who have already committed to the purchase of a BTO flat, unfortunately it is not feasible to change minds due to the hefty costs sunk into the application including the down payment which is non-refundable. Left with no choice, the affected individuals turn to the resale market as a temporary housing option to tide them through till their official key collection.

Additionally, COVID-19 has challenged the conventional views of work. With the implementation of mandatory Work-from-Home (WFH) Scheme at the peak of the pandemic, traditional modes of working from regular office spaces have seen radical changes with individuals now presented with the option of working from home via telecommuting. For individuals living with larger families, it can pose a problem due to reduced privacy and lack of personal space, hence pushing the meter towards rental as a possible option.

For a long time, rental in Singapore was perceived to be an option left only for expatriates. However, COVID-19 coupled with a steady evolution in cultural beliefs might shake things up for the rental market for good. For those with investment properties, this might just be the golden opportunity for you! 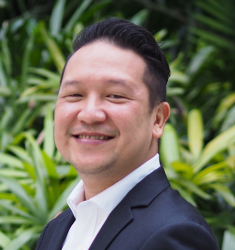 Kevin Gerard Tan
Kevin Gerard is well-experienced as a finance manager and an entrepreneur in various industries. He steered the business in strategic directions and advised senior management with his guidance. He also ensured systems were in place for new start-ups as well as internal controls and efficient management reports.