Anakin and Luke Skywalker are two of the most iconic characters in film history. Though both are gifted with The Force, Anakin succumbed to the Dark Side, while Luke became a Jedi Master.

When one invests, one would strive to select the best performing investments by looking at the important qualities. Like how a Jedi Master selects a padawan, a good investor will also need to know what to look out for when he invests. In the case of Anakin and Luke Skywalker, we see how the Master Yoda moulded these gifted individuals. Anakin was forced to be patient with ‘promotion’, while Luke had to go through a mentally gruelling training at Dagobah. Because Luke had the true resilience needed as a Jedi, he achieved what his father could not, and became a renowned Jedi.

What is the parallel lesson that we can draw for investing? In the current market situation, most investments look bad. It is easy to dismiss the good investing opportunities along with the bad. However, if we look at the economic indicators that signal resilience, we can be confident of a strong recovery when the market recovers. For example, the market is hurting now due to inflation in part perpetuated by the Russia-Ukraine War. As shared here in this article, we can see that historically, wars had a relatively short-lived impact over the stock market as compared to the prevailing economic conditions. This underscores the importance of selecting the resilient economies so that we may ensure a strong market recovery.

So, how resilient are the the 3 major economies – the US, the EU and China? In this article, let us examine some basic but important economic indicators.

It is no secret that China will overtake the US as the world’s largest economy in time to come. In fact, while China is second by nominal GDP, it is already the largest economy by GDP Purchasing Power Parity (PPP). They have achieved this by undertaking the role of being the factory of the world through providing mass labour when they first started their economic reforms, and then subsequently embarked on an intentional path to compete with the US in high-end technology. As shown below, China enjoys an upward trend in productivity as compared to the US and Europe.

Other than GDP, the next set of economic indicators to look at would be the inflation rate and the interest rate. Inflation rates are of concern because of the impact of high inflation on livelihoods. Interest rate adjustments, on the other hand, are a vital part of monetary policies. They are used to moderate GDP growth rates and inflation rates. Slow growth with high inflation present the danger of stagflation. In this aspect, China’s relatively lower levels of inflation and higher interest rates gives it more bandwidth to adjust and boost the economy further. On the other hand, the EU could be subject to higher inflation due to its higher dependence on Russian energy sources. With persisting inflation, the EU might have to hike interest rates even further, further slowing an already sluggish economy, and making it harder for the indebted region to pay off its debts.

As seen from the latest inflation figures, Europe’s inflation is significantly higher than that of China’s. From the chart below, should the worst case scenario of the impact of the reduction of Russian gas supply on Europe take place, the inflation in Europe may even go higher than what it is now.

The anticipated impact of inflation will create pressure to keep raising interest rates in the US and in Europe, leading to more concerns of recession. On the other hand, such a pressure to increase interest rates is not evident in China, given the lower inflation rate. In fact, there is much room for China to lower interest rates anytime they need to stimulate the economy.

As China has a more complex monetary policy system with a few different interest rates of various terms that can be adjusted, a straight comparison of the 3 economies’ interest rates would not be accurate. However, given that bond yields tend to move based on market expectations of interest rate movements, Unicorn Financial Solutions (Unicorn) can use the 10-year government bond yields as a proxy for a more apple-to-apple comparison. Using the 10-year government bond yields of the US, China and Germany (representative of Europe, being its number one economy), we can observe that China is on a different path. The US’s and Germany’s bond yields are trending upwards, reflective of the current need to hike interest rates, while China’s is trending downwards. This bandwidth that China has could offer her greater resilience to the global uncertainties we live in.

To sum up, the economies of Europe, the US and China remain the 3 largest in the world, but they are at different stages of economic growth. Europe is an ‘economic old man’. It is aging and could easily slow down with certain global developments. The US is an ‘economic young man’, with still some room for growth, while China is an ‘economic youth’, with great opportunities for growth in the future.

While there is much uncertainty ahead due to the uncertain times we live in, a careful analysis shows that different economies have different levels of resilience. In terms of asset allocation, it will help to better prepare the portfolio where more is allocated to the resilient economies too. 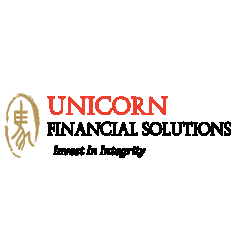