Blog - Latest News
You are here: Home1 / Blog2 / The Linq @ Beauty World: A long-awaited opportunity for those with a keen... 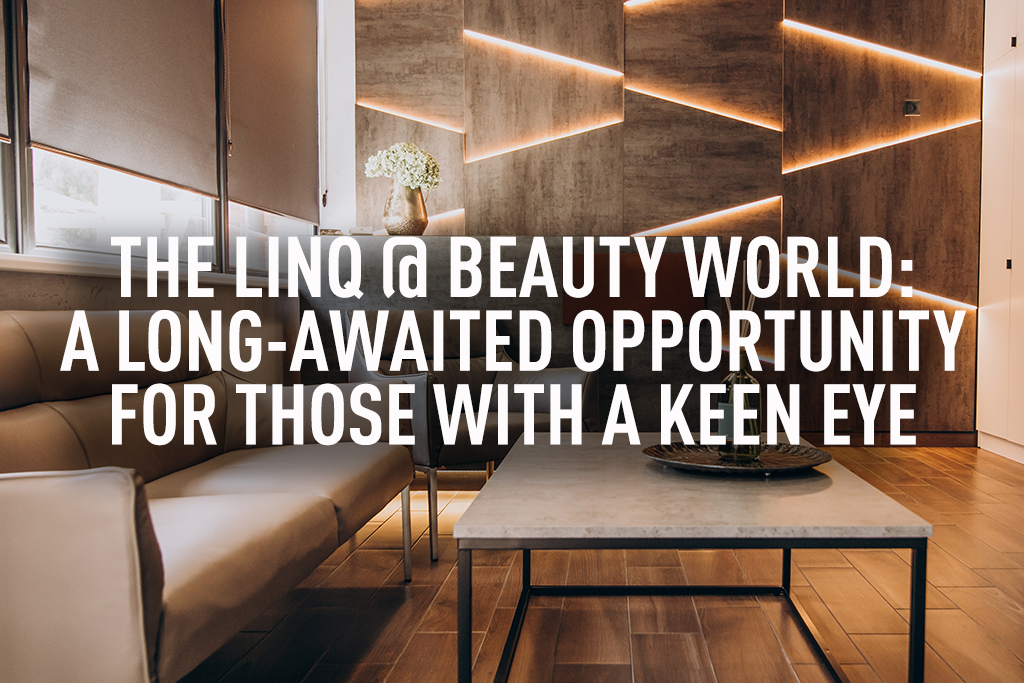 Beauty world is known for its many charms, including its famous street along Cheong Chin Nam Road serving up the perfect supper late into the night. Located along the prime district of Bukit Timah, Beauty World receives growing attention with its upcoming developments under the new Master Plan which will see the beautification and rejuvenation of the area. The Linq @ Beauty World will be built as a freehold private mixed development which was purchased by property developer BBR Holdings back in 2017 and situated where the previous Goh & Goh Building sat.

A total of 115 out of 120 units were sold within the first day of the sales launch on the 14th of November, fetching prices between $2,150 and $2,200, proving to be one of the ‘hottest’ project launches of 2020. But what made The Linq such a radical hit with buyers? In this article, we will examine the possible factors contributing to the project’s popularity even amidst URA’s clamp down on Option-to-Purchase (OTP) and the COVID-19 pandemic!

It is to be noted that The Linq’s popularity is jarring, considering that just less than 200 metres away, Verdale which is a leasehold condominium project was also holding its show flat since September and till date still have units that remain unsold. Here are some of the potential reasons why:

The Linq is situated in the heart of beauty world, with Beauty World MRT station located at just a 3-minute walk away. When deciding to en-bloc Goh & Goh in 2017, BBR Holdings property developers were not made aware of the eventual changes reflected on the 2019 Master Plan which will see an Integrated Transport Hub located along Jalan Anak Bukit. Upon the release of the Master Plan 2019, the decision to en-bloc the land turned out to be a jackpot. In the 2015 Master Plan, land along Jalan Anak Bukit had been zoned for hotel and medical facilities, only to be changed for land uses involving commercial and residential purposes.

The Linq’s proximity to the intended site of the Integrated Transport Hub promises future resident’s enhanced connectivity and convenience, given the expectation of a shopping mall, alongside other amenities such as a mix of offices, hotels, serviced apartments and more. With the Cross Island MRT Line set to cross Bukit Timah, BBR Holdings hopes that Beauty World MRT will double up as an interchange between the two MRT tracks which would significantly boost connectivity to the rest of the island. With a plethora of lifestyle and amenity options including Beauty World Centre, Bukit Timah Hawker Centre and Wet Market and the nearby King Albert Park mall, it is not difficult to see why individuals would rush at the opportunity to snag a unit!

In comparison with The Linq, Verdale pales in comparison in terms of its accessibility alone. Situated along De Souza Avenue Road, it is not within immediate reach of any MRT station, with the closest being Beauty World MRT which is an estimated 12minutes away by bus. In addition, the neighbourhood surrounding De Souza Avenue does not offer many lifestyle options apart from Bukit Batok Nature Reserve. A unit here might be more suited to the tastes of an individual who wishes to be further from all the hustle and bustle, and to relax in the comfort of mother nature! But for the general tastes, it might not be as great of an investment after all.

The Linq sits on freehold land, with developers deciding to pass the freehold benefit to its future strata owners as well. It goes without saying, owning freehold land in Singapore is a prized commodity that few can afford or find in the market. Owning a freehold apartment right in the heart of a prime district? We do not see why anyone would pass on such an opportunity if possible! On the other hand, Verdale offers the standard lease of 99-years.

However, we have to concede that there are potential confounders to this popularity comparison. The first being the number of units comparable. The Linq has a total of 120 units for sale, whereas Verdale comes nearly double that, with a total of 258 units. Percentage comparisons aside, it is objectively clear that The Linq has significantly lower units for sale and would mean that the time taken to sell all units would be reduced. The next confounder would be the date of sales launch. Verdale was the first to launch its show flat back in September, nearly 2 months before the Linq. Given that Singapore was fresh out of the Circuit Breaker phase, this might have impacted the sales for Verdale as buyers take on a wait-and-see approach to acquiring assets amidst a pandemic. However, as the months pass, the Singapore residential market outperform itself, baffling even experts and analysts who had expected poor market sentiments instead! The Linq was launched in November, a time in which market confidence was rapidly on the rise. This could have contributed to the difference in seeming popularity.

The end of a harrowing year is nearly in sight, with 2020 being a chaotic experience for most. COVID-19 was a pandemic that exposed and revealed major key points to nations around the world, including Singapore. While community cases have remained at tolerable levels the past weeks, it is too early to let one’s guard down. With countries around the world struggling with the second and third waves of re-infections, Singapore’s small population size proved to be a blessing in disguise which allows for easier control and disease-management! As the new year approaches, who knows what happens next?

Adeline Tan
Adeline had been in Sales Surveillance for wealth products within the banking industry for the past 9 years before coming to Redbrick. Her job scope encompassed in-depth reviews of investment documentation, to ensure investment product recommendations by Financial Advisors are in-line with customers’ financial objectives and risk profiles.

The season of giving, but when does the Court recognize a gift? A tale of properties...