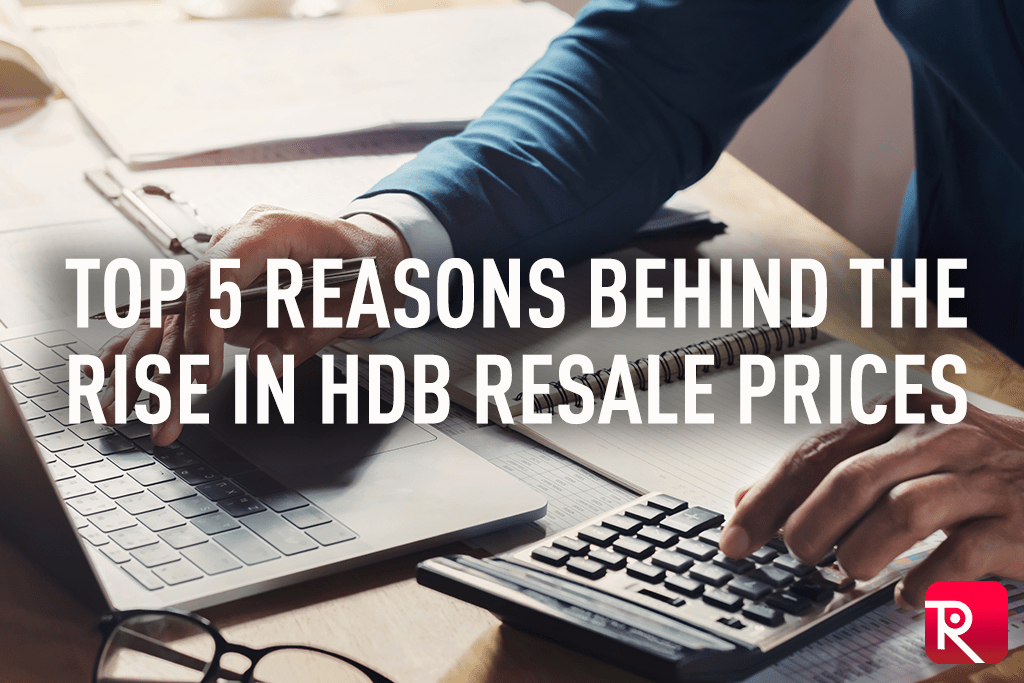 Despite the economic recession caused by the Covid-19 pandemic, HDB resale prices has risen. Resale Price Index (RPI) refers to the index used to compare the overall price movements of HDB resale price, has been increasing for the past 5 quarters. There is a significant increase of 3% from Q4’2020 to Q1’2021.

While this trend is not unique to the current recession as it was also observed in the 2008 economic recession, it remains puzzling that the prices of housing would rise amid economic uncertainty. This article seeks to explain the reasons behind the rise in prices of HDB resale flats despite the ongoing pandemic.

Due to the increase in prices of private properties and delayed completion of Build-To-Order (BTOs), this means that home buyers would turn to the HDB resale market instead, hence leading to the rise in HDB resale prices.

Prices for private properties have been rising since 2016, which would mean that buyers would turn to the HDB resale market as the two are seen as close alternatives. From the statistics from URA, the prices of private residential properties have increased by 3.3% in Q1’2021, which is higher than 2.1% in the previous quarter.

Moreover, new private property launches have been perceived to be priced higher than resale ones. As a result, some would prefer HDB resale flats instead of private properties.

Another reason behind the surge in demand for HDB resale flats is because BTO projects have been delayed numerous times and are likely to be delayed by a year or more, especially now that the construction sector has been adversely affected by tighter border control measures.

According to the recent news, around 43,000 households will receive their BTO flats late as an estimated 85% of the new HDB projects have been delayed by 6 to 9 months. Combined with buyers turned away from the private market, this contributes to the surge in demand for HDB resale units.

Furthermore, the HDB resale market has faced a higher demand as more are seeking to upgrade and downgrade their houses due to the new normal. Upgraders often search for larger flats due to their families requiring more space with current work-from-home arrangements.

On the other hand, downgraders may be downgrading from private housing to HDB flats due to the poor economic outlook and weak job market.

Another crucial reason behind the rise in demand for HDB resale flats is due to low interest rate environment.

Singapore Overnight Rate Average (SORA), which refers to the rate most banks use for loans, has dropped from 0.30% in 2020 to 0.16% in 2021. With lower interest rates, buyers who are looking to purchase properties can do so at a lower cost of borrowing and leveraging. While interest rates may fluctuate, many are incentivized to enter the market with prospects of decreasing mortgage repayments in the long run.

As HDB flats in Singapore are perceived as safe and stable investments, the low interest rates have spurred buyers to purchase HDB resale flats.

4. Healthy levels of supply and demand

The surge in demand for HDB resale flats is partly due to the high prices of private properties and uncertainty of BTOs. In addition, low interest rates have encouraged many to purchase the HDB resale flats. Furthermore, it is relatively easier to acquire a HDB resale flats in mature estates such as Ang Mo Kio, Bedok and Bishan, as opposed to new BTOs.

Thus, those who are fixed on getting a HDB flat in mature estates may turn to the HDB resale market. In fact, Punggol has the largest increase in HDB resale flats transacted in 2020 at around 50%. Such a phenomenon has also contributed to a faster growth in resale prices in some estates over others.

On the other hand, the supply of new HDB resale flats is likely to increase, contributing to the rise in prices for HDB resale flats. In 2021, some 26,000 new HDB flats will reach the end of the five-year minimum occupation period, making them eligible for resale. With a longer remaining lease, these apartments are expected to fetch a higher price.

Notwithstanding the recession, prices of HDB flats have appreciated as they are seen as basic necessities and well-managed under the strict jurisdiction of HDB.

Given that over 80% of Singapore’s population resides in HDBs, it is no surprise that affordable public housing is seen as a necessity in Singapore. This means that even with poor economic outlook, the demand for HDB resale flats is unlikely to be shaken.

In addition, HDB has strict regulations in place that prevents homeowners from buying and selling HDB flats at their whims, which helps to stabilize the HDB resale market.  The Minimum Occupancy Period (MOP) for most HDB properties is 5 years, which means that individuals have to fulfill at least 5 years of occupancy before being able to sell their flats.

Moreover, only Singapore Citizens (SCs) and Permanent Residents (PRs) can own HDB flats, and they can only own one HDB flat. With regulated home ownership and MOP as checks, individuals cannot buy resale flats and resell them straightaway, resulting in inhibiting huge price fluctuations of resale HDB prices.

As a result of the rise in HDB resale prices in spite of the economic slump, many speculate that there may be new cooling measures imposed as the risk of the collapse of the financial sector looms over the future economy.

While new cooling measures may help to counter the surge in prices of HDB resale flats, the market is likely to correct itself – when the construction sector rebounds and BTOs are delivered and low interest rates rise with the global economy’s recovery.

Adeline Tan
Adeline had been in Sales Surveillance for wealth products within the banking industry for the past 9 years before coming to Redbrick. Her job scope encompassed in-depth reviews of investment documentation, to ensure investment product recommendations by Financial Advisors are in-line with customers’ financial objectives and risk profiles.

How Does The Capitalization Rate Affect My Property Investment Decisions?
Scroll to top