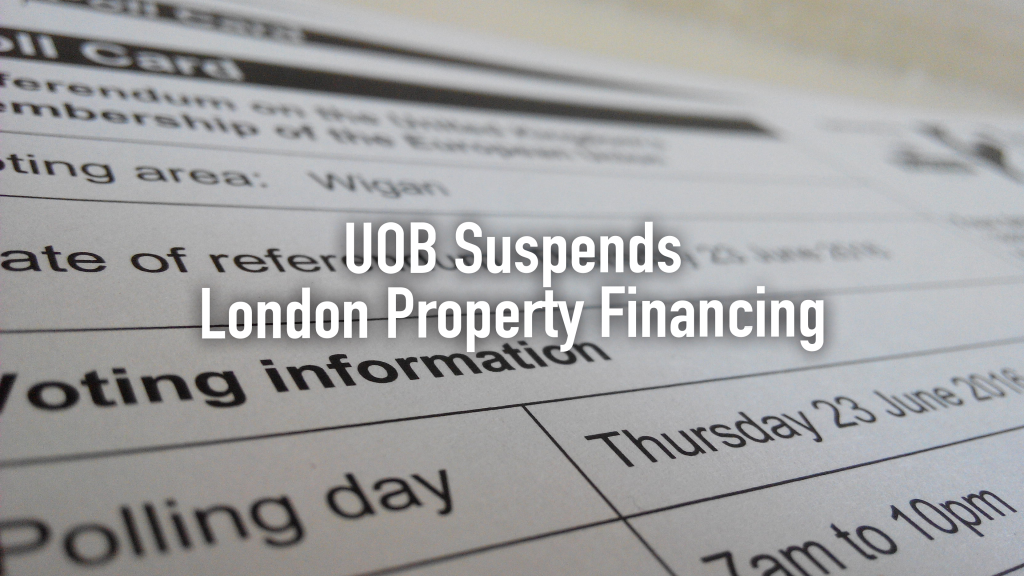 The United Overseas Bank (UOB) is the first bank in Singapore to announce its suspension of loans programme for properties in London, due to the instability of the current market.

This decision comes as no surprise as the United Kingdom has been in a state of political and economic chaos since Brexit (23 June 2016), with the British pound at a 31-year low. The Singapore dollar has gained about 10% against the pound since the UK referendum.

For the time being, UOB will not be accepting loan applications for properties in London.

Other banks such as DBS have announced that they will still be able to finance London properties, but not without urging their customers to first exercise caution while purchasing.

That said, UOB’s decision is not final, as the financial institution will be keeping watch on the market to evaluate if it will be suitable to resume its financing services for London properties.