Blog - Latest News
You are here: Home1 / Blog2 / An eye for opportunity: How to spot potential en-bloc properties? 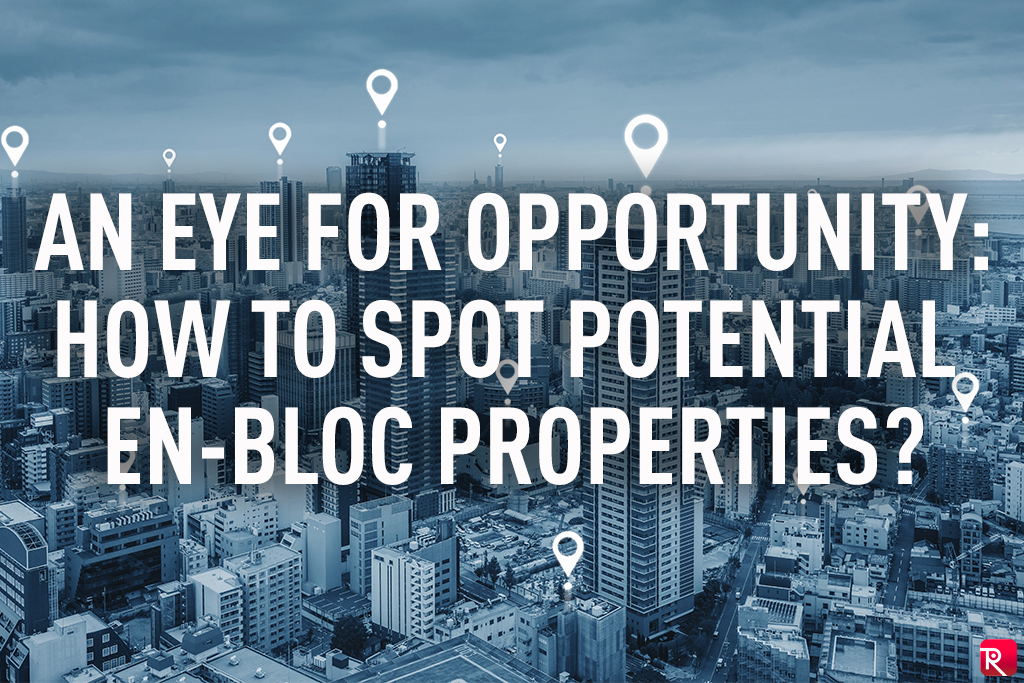 An e-bloc is every private property owner’s dream come true. For those who are unfamiliar with the local real estate scene, en-bloc is otherwise known as a collective sale of an entire stack of properties together and applies only to private properties here in Singapore!

En-bloc opportunities are rare but prized, as they often come with handsome compensation amounts handed out by willing private developers to property owners and thereafter, demolish the current property to rebuild a new project which they believe would yield a higher value in the future. And because private developers often dish out above market-value compensation amounts, unlike public homes under the SERS program, many seek to hunt for ‘potential’ en-bloc properties in the hopes to reap the benefits.

The marketplace is teaming with supposed claims on how to ‘spot’ these properties, such as “buy older condominiums, confirm en-bloc (sic)”. However, most of these assumptions are baseless and could lead to a potential financial loss should the property’s lease expire before any collective sales are announced. So how do you go about increasing the odds of spotting such a diamond in the rough?

In this article, we will debunk common myths on ‘spotting’ en-bloc properties and reveal how several pieces of government-published data could actually give you a good idea on which are some properties that are worth placing your bets with!

Common myth #1: Older properties are definitely going to be bought by private developers.

This cannot be further from the truth. While there may be several cases where older properties are coincidentally bought by private developers as part of collective sales, correlation not equals causation. We simply cannot stress this enough that the age of the condominium has nothing to do with a private developer’s decision making on whether or not to repurpose the subject land! Private developers are incentivized solely by opportunity and the promise of potential returns in the future and will only take the financial risk of undertaking a collective sale if the benefits far outweigh their costs.

Here is an example to substantiate: A leasehold condominium has only 30 years on its lease but is located in a remote part of the island with few amenities and prospects. A prudent developer would avoid taking the risk of conducting a collective sale altogether regardless of how old the project currently is. If you purchase a private property without first understanding the fundamentals guiding a private developer, you could be in for major disappointment, and worst still, to be trapped with a property that would become less valuable in the market, rendering its disposal far more difficult and costly.

This is not considering the possible stamp duties and taxes payable if this is not your first property! It is definitely not worth the risk to make such an expensive decision impulsively.

While it can sound sensical at first, there is still a high-risk that your expectations may be dashed. It is without a doubt that properties in prime areas such as Orchard and Bukit Timah are a hot favorite amongst many, and any plot of land in these prime regions are unlikely to escape the gaze of private developers. However, nothing is guaranteed as private developers may be willing to wait out till the expiration of the current project lease tenure before purchasing the land. This way, they can avoid the financial cost of compensating the respective property owners. The lack of urgency by private developers could work against you despite owning a piece of the pie in a prime estate.

So how do you actually go about looking for these projects? Nothing comes without hard work and diligence. To source for these properties is to evaluate and comb through data such as the Master Plan by URA and past transaction data to accurately. And here are some tips and tricks on how to train the eye on the search for good-value properties:

The Master Plan, which is revised every 5-10 years by the Singapore government and published by the Urban Redevelopment Authority (URA) holds the key to the answers. Private developers make decisions based on governmental regulations and plans for the respective zones, where you would find changes such as re-zoning and change in plot ratios. A famous case study supporting this would be the redevelopment of Funan Mall. Previously known for as Funan Digital Mall, private developer CapitaLand snatched the opportunity presented when the plot ratio along North Bridge Road was revised, up from 3.86 to the current 7.

The increase in plot ratio would increase the Gross Floor Area and total built up area, which would mean greater maximization of the land space and ability to increase retail tenants and mall revenue. After 3 years, Funan reopens its doors to reveal a modern mixed development boasting of amenities such as a rooftop garden and home to hundreds of eateries and retail tenants, living up to its title as a lifestyle mall.

From this case study, the key takeaway is to realize that developers are often on the lookout for governmental-led changes to the land, either in the change of the land’s zoning or change in plot ratio. Here are the 2 key signs:

All land in Singapore is zoned and allocated for different uses from commercial to residential, each serving an individual purpose and carries a different set of rules and regulations. Private developers are looking for land subjects that could indicate an increase in land value. For example, a plot of land is rezoned from residential to commercial. A commercial project would not only intensify the use of the exact same piece of land, but the enjoyment of the land is now being shared with a wider populous. Hence, if your current property has been rezoned to a commercial or industrial land zoning, hang on tight because you are in for a windfall in the years to come!

As seen in the case study of Funan Mall, an increase in plot ratio would allow for developers to build higher and build more. Unfortunately, certain regions in Singapore are unlikely to ever see drastic revisions in the plot ratio even decades down the road such as land sites near airports and military camps such as Changi and Seletar. Naturally, these areas are less likely to see en-bloc opportunities and collective sale on a grand and large scale compared to other heartlands in Singapore.

Despite all that is mentioned, nothing can be ascertained until an official offer has been made by a private developer themselves. Although the abovementioned 2 factors are good indicators of a potential en-bloc, the success of the initiative is still subjected to several factors such as agreement of at least 80% of share-value holders (i.e., owners) and ultimately approval by the government. The failure of either component could result in a fall-through of the entire collective sale initiative.

Nonetheless, it is crucial to make informed decisions based on a private developer’s game matrix, as opposed to personal intuition and opinion. Wish to find out more about the potential of an interested property? Speak with us to today! 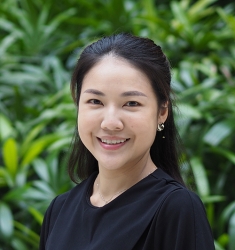 Janet Tan
Janel brings a different perspective to the mortgage industry with her entrepreneurship experience and background in banking and the service industry. She is able to connect deeply with her customers and guide them through their wealth journey. She has collaborated with clients from diverse backgrounds, and led them to achieving their desired financial goals, all while building consistent win-win relationships.

5 new areas in Singapore for your next home