Blog - Latest News
You are here: Home1 / Blog2 / A celebrated win for many around the world, but will the world ever return... 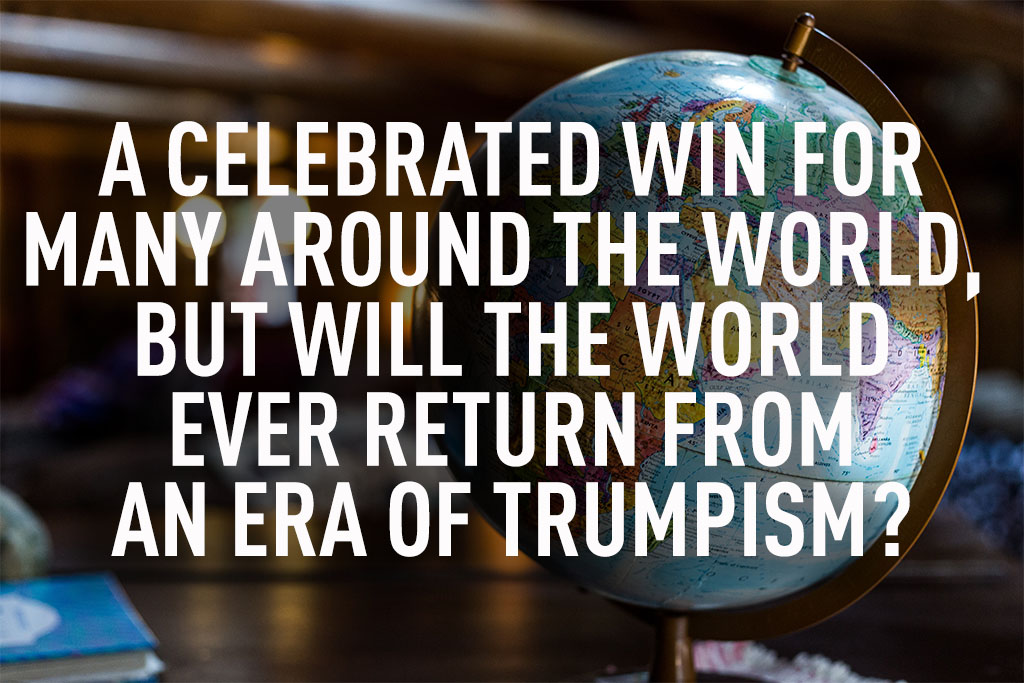 Winning 306 electoral votes, Joe Biden took the US elections by storm to become the President-Elect of 2020. For most, it is a much-celebrated win after 4 grueling years under the Trump administration which saw radical and major political shifts both internally and internationally. ‘Trumpism’ – a term drawing reference to the style of governance adopted by Donald Trump during his term included withdrawal from major international treaties and pacts, tit-for-tat trade war arousals and careless commentaries made on his social media accounts which shook many around the world.

Biden comes as a reassuring figure following in the footsteps of the earlier Obama Administration, with specific plans on rekindling and strengthening strained ties with China, Asia amongst many others. In today’s feature, we will be evaluating how a Biden win would impact our tiny red dot of an island in context of the real estate market.

In our previous article, we focused on how a re-election of Trump into the Oval Office would impact Singapore indirectly due to strained ties between the US and China, both of which are powerhouses in the global economy. With Trump denied of a second term, market events and sentiments would inadvertently change, and here are some ways:

1. “Gradual but not zero” approach with China expected from a Biden Presidency

The past 4 years since 2016, US-Sino trade wars and hurled insults made constant headlines. While a Biden-led administration is stated to focus on multilateralism and global trade which spells some good news, the picture painted is not as rosy at it seems, with the bricks laid previously by Trump which sowed animosity and frustration with the Chinese. There is speculation that the fruit of Trump’s doing has laid a trap for future presidencies and that “once tariffs go up, it is very difficult to bring them down (because the US) will be accused of being soft on China”.

It seems that Biden as president has to balance on a tight rope between rekindling old ties and maintaining the faith of its own citizens who have voted out of confidence for him. The likely outcome would be a gradual disarmament of tariffs between two countries subjected to negotiations. However, this is not at the forefront of the President’s to-do list, given that America is currently struggling with one of its worst national health and economic crisis due to COVID-19 coupled with Trump’s poor management.

It is likely that any changes between the US and China would take effect only in the later years of the Biden Presidency. Until then, Singapore continually steals the limelight for being a popular haven for foreign investors. Foreign homebuyers alone accounted for 20.2% in the private property market for Q1 2020. The commercial property sector for Singapore has set its sights on greater potential with the welcomed arrival of Bytedance and Tencent, of whom are major players in the Chinese tech industry, at the same time, acting as trailblazers for others to follow suit in China.

2. A new world order for the next 4 years

COVID-19 was a rude awakening for countries around the world, believed to have started from a market in Wuhan, China, selling wildlife meat. The ravaging pandemic highlighted the importance of wildlife protection, a subset of a much larger problem- Climate Change. One of Biden’s said key focuses would be in relation to climate change, and under his direction would place “a very high premium on this vast threat”. However, one of the largest hurdles he would come up against would be China.

Having clinched the title of being the world’s most polluted city in several years, China today has an enjoyed engorged level of wealth and redevelopment at the expense of the environment. This has been viewed by Washington’s National Security as an intent by China to erode the US’ global advantage and undermine its position as one of the world’s greatest powerhouses. Asia appears to be a highly contested chessboard, with the US seeking to curtail and limit China’s ambitions.

While it appears to be a time of great geopolitical uncertainty, Singapore’s mastery of the delicate art of balance between the East and West, depends heavily on the turns and tides of global affairs given our trade-dependent nature. While Biden’s tone of presidency would likely be far more consistent and diplomatic than the former president, they both share common goals to revive the American economy by bringing back supply chains and developing homegrown technology.

Check your household items, and you would find most of them stamped or imprinted with the words “Made in China”, and that is because China champions at the forefront of supply chains, followed closely behind by India, and Biden intends to shake things up. By reinstating major supply chain networks in the local economy, it promises jobs and growth for the local economy, especially important amidst the economic meltdown due to the pandemic. On an international level, such a move would rebalance the scales between them and China.

However, Singapore’s trade might not be at the winning end of such policies. One of Singapore’s key advantage would be her crowned title as an important ‘port of call’ for traders internationally and is currently the 14th largest merchandise exporter in the world as announced by the World Trade Organization. With the US planning to reclaim supply chains and base them back unto US soil, Singapore’s advantage might see a gradual dwindling. Just in trade alone, it makes up an estimated 12.8% of the Singaporean employment market.

The evaporation of Singapore’s advantage would spell mayhem for the local economy. However, just as Singapore took a risky venture with its separation from neighboring country, Malaysia back in 1965, and braved the storms of both SARS and COVID-19, it is not in our blood to give up just yet. With the release of a new growth strategy for Singapore’s future, one of its prominent features would be the luring of 500 global tech giants from across the globe under the “Tech.Pass” Scheme. This scheme would target successful tech companies or promising product prototypes to take root in Singapore, serving as a “queen bee” for local employment and enhanced economic growth.

Singapore’s commercial real estate sector would benefit tremendously from such a movement and comes in the nick of time with the future of work questioned and hanging in the balance.

While COVID-19 has been a largely unfortunate and tragic event, it has challenged traditional modes of work which often took place in the heart of a major city otherwise known as the Central Business District (CBD). The question on whether companies will require the same amount of commercial space now with the option of telecommuting has been widely debated by analysts and experts in the real estate industry. With the introduction of “Tech.Pass” amongst other economic restructurings, the commercial properties might take a different path.

While the US continues to be embroiled in a time of political strife over the election results, Singapore is getting down to serious business and relooking her overall national economic and geopolitical fundamentals to ensure that we are poised and suited for a potential new world order. Our nimbleness, resilience and resolve of the people would be the only resource that could make or break the future, Majulah Singapura!