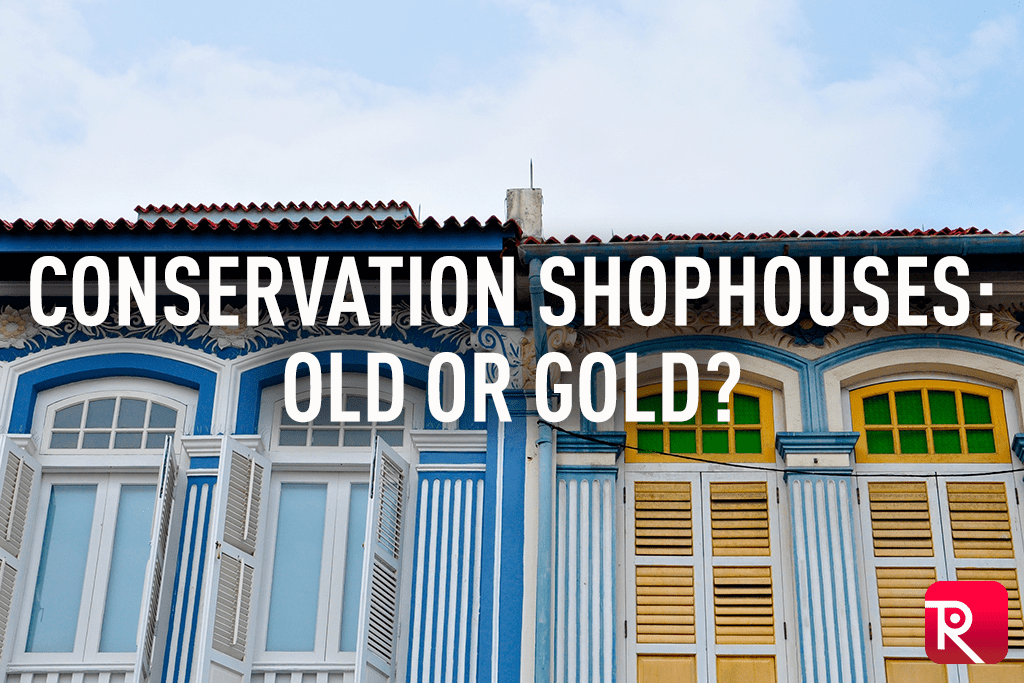 This article will explore conservation shophouses as an investment, and some information that buyers should consider before investing in one.

With less than 7,000 units island-wide, one of the biggest allures of conservation shophouses is the prestige of owning one. It is no wonder that shophouses are drawing investors like family offices, high-net-worth individuals as well as boutique real estate funds. Shophouses are also becoming increasingly popular with foreign companies and individuals alike as they are drawn to the appeal of owning such a unique and scarce piece of property.

Many conservation shophouses are in prime Central Business District (CBD) locations, as many as 1,500 are in local hotspots such as Raffles Place and Clarke Quay. In such a densely built environment, it is extremely rare to see properties with a larger floor space, much less one that has the added benefit of being one that offers privacy in the form of landed housing.

The scarcity of shophouses in Districts 1 and 2 meant that we rarely see any put up for sale as most are property passed down within the family. Interested investors are instead turning to shophouses in city fringe locations like Beach Road and Jalan Besar or even more suburban locations like Geylang. As compared to the central area, such locations typically have a higher yield and are likely to strengthen even further, according to an article by JLL.

A typical gross entry yield of shophouses is estimated to range from 2 to 3 per cent while some districts can go up to 3.5 per cent, depending on the tenure of the site.

Some buyers do accept lower entry yields if they are of the opinion that there is a potential to rejuvenate tenant mix or the possibility to value-add to the property. Otherwise, buyers usually prefer stronger yielding assets that can provide a hedge against rising interest rates.

Before Buying a Shophouse

Some key points to take note before buying a shophouse would be the approved type of use of the shophouse determined by the URA. There is a total of 3 different approved uses namely residential, commercial and mixed-use.

For investors looking for a highest possible yield, the commercial shophouses are more appealing as rental rates are ~$4 – $6 psf while CBD rental rates start from about $6 – $13 psf for ground floors and $3 – $7 psf for upper floors. This is significantly lower than the typical rental price in a nearby Grade A buildings.

Chinatown’s Keong Saik Road, which used to be a well-known red-light district, was gentrified and is now home to numerous café and restaurants, adding to Singapore’s hipster joints with some ‘character’ and flare.

Tenants are easier to find as there is strong leasing demand contributed by the opportunity to lease a prime street frontage at lower rents than that of a retail mall. Based on transactional data provided by the URA before COVID-19, majority of conserved shophouses enjoyed healthy occupancy levels at above 90% in recent years.

One slight downside to purchasing a shophouse is the often-restrictive guidelines set by the URA to preserve the architectural and aesthetic importance of the shophouses. It is important to note that transactions involving conservation shophouses are not only about the dollars and cents, but most sellers are particular about who they are selling to and whether the next owner will safeguard the rich heritage and architecture of the property.

This means that any alteration, addition, repairs, and restoration works must be done according to URA guidelines so as to ‘retain the inherent spirit and original ambience of the historic building as far as possible.’. Broadly speaking, the façade of the conserved building must be retained while internal works can be done.

Other districts, namely the Historic Conservation Districts, such as Kampong Glam, must be fully conserved, whether the property is used for commercial or residential purposes. Sites protected by the Preservation of Monuments Act have even more stringent rules and regulations.

When making changes to the façade or the interior, the owner must seek clearances from the URA or ensure that the works fall within URA guidelines established in the guidebook.

Ann Ho
With 10 years of experience in both the SME banking and retail banking sector specializing in mortgages, Ann brings a wealth of knowledge and an in-depth understanding of the end-to-end loan process for her clients. Being a home owner herself, she has a personal interest in the property market and believes in creating long term customer relations in a professional manner.

Redbrick conversation with The Smart Investor