Fenceless Condominiums: Is it really a good idea?

Currently therein lies the rise of a certain new concept in terms of residential developments – fenceless condominiums. This is a relatively new design scheme which aims to incorporate the idea of urban connectivity and shared economies to induce a ‘kampung spirit’.

As of now, there is only one such development in place -One North Residences, which is located in Buona Vista. The concept adopted here is such that the general public are able to gain access to the retail shops of the property which are located on the ground floor, as well as its outdoor plaza. On the other hand, residents enter their houses via the lift lobby as well as using their security cards.

However, a number of future developments are bound to follow suit in utilising this concept. With reference to the Singapore’s 2014 Master Plan, there are plans in place by the Urban Redevelopment Authority (URA) which projects that the upcoming Marina South area would consist of ‘fenceless community’ that will allow the general community to have a shared space with the residents of these fenceless condominiums. Simultaneously, other currently developing condominiums such as Parc Riviera condominium, located in West Coast Vale, is expected to have ‘soft’ and ‘green’ walls done by landscape treatment. As such, the walls would be visually porous and passer-bys are able to see through, although security is expected to remain tight due to the difficulty of accessing it.

Of course, the idea of shared community spaces seems like a novel one. However, due to it being a relatively new concept, of course therein lies several concerns that may affect it from fulfilling its true purpose. Prospective buyers should be careful of these 3 potential issues, which are as follows:

Firstly, the idea of a condominium is to provide a sense of exclusivity for residents who purchase such properties. As such, therein lies a question of whether the introduction of a fenceless condominium is able to retain a level of privacy and exclusivity which condominium owners generally pay for.  Of course, there are proven factors of success such as similar fenceless compounds in Copenhagen and Hong Kong, however, would Singaporeans be susceptible to such ideas as well? Henceforth, therein lies a fine line between the identity of such properties retaining itself as a home with exclusive living, and a quasi-public property with lowered sense of entitlement to the services and amenities that have been paid for. Nevertheless, it remains to be seen on the effectiveness of achieving the goals of a heightened sense of community while keeping its level of exclusiveness as a condominium should.

It is important to understand that walls are erected in condominiums to discourage trespassing and instead, bring about visitors to security nodes where their purpose of visit is being checked in order to prevent unwelcome visitors. As such, porous or fenceless developments are at higher risk of security breaches as they are subjected to the behaviour of non-residents within their compound. Simultaneously, shared spaces also have the potential to allow non-residents to linger around the area with no set limit of time, thus possibly disrupting the privacy of residents. According to The Straits Times, Singapore’s only fenceless condominium, One North Residences, has been spared of security threats so far with analysts contributing this to peaceful and upper-class disposition of the neighbourhood. Nevertheless, there have always been issues with condominiums with their respective residents expressing security and privacy concerns outhrough media channels such as newspaper forums. This indicates that security is still a legitimate challenge that has to be addressed by the Management Council (MC).

Greater wear and tear – challenge of maintenance and responsibility

Finally, without a doubt, an increased footfall from non-residents to any of the shared spaces would potentially subject the aforesaid spaces to more wear and tear. Simultaneously, substituting hard walls with green landscaping may also incur higher frequency as well as replacement and maintenance costs in the long term. As such, the duty of the MC to keep facilities in a consistent state of good and serviceable repair is expected to be met with more challenges. Consequently, subsidiary proprietors will have to bear the burden of increased periodic payments to supplement a larger sinking fund for maintenance costs, which may be unjustified for residents to pay for the unasked provision of the amenities they use as a public good.

As such, all in all, these are some of the main concerns surrounding the future of fenceless condominiums in Singapore which has to be addressed. Of course, the intention behind such developments would be great if fulfilled, however, simply creating amenities to share between residents and non-residents is insufficient to promote a ‘kampung spirit’. More interactions, for socialising rather than for commercial purposes, is required to further enhance the sense of community.  Nevertheless, this is a very new type of residential development in Singapore, hence it remains to be seen how Singaporeans view the future fenceless condominiums and its creative concepts in the near future. 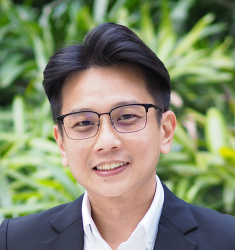 Sean Yeo
With accounting experience in the banking and financial sectors, Sean has a multitude of experience encompassing of wealth management services such as Investment Advisory, Portfolio Management and Financing, Legacy Planning, and Property Loans. Sean prides integrity as a key value in his work and provides professional advice for his clients.