Blog - Latest News
You are here: Home1 / Blog2 / HDB Resale Levy: Hoping to strike it rich after MOP? Not so fast. 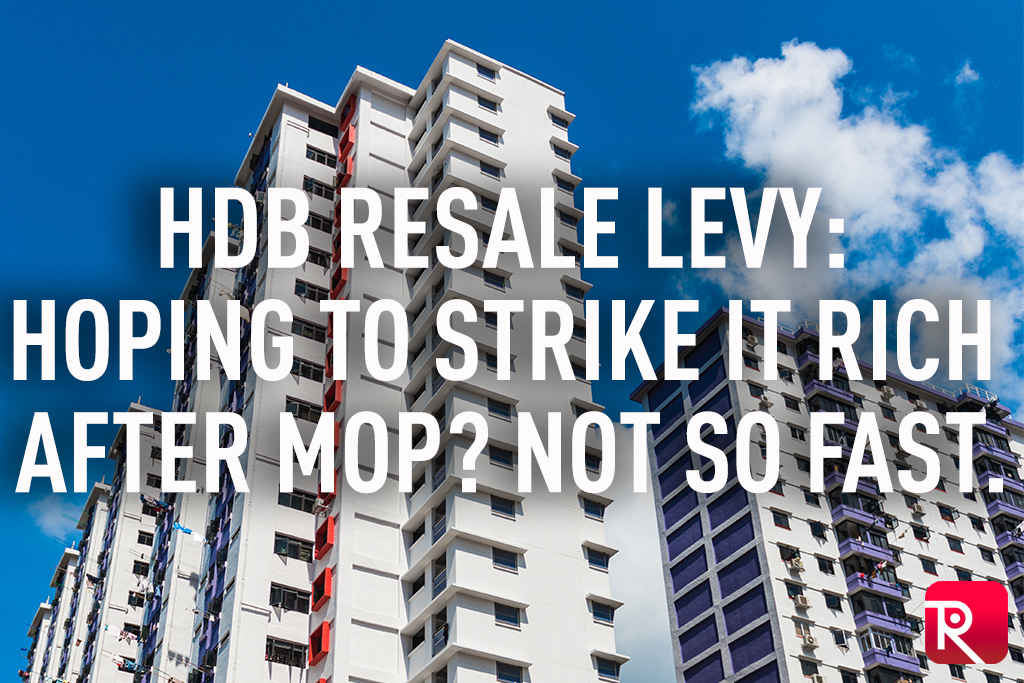 One of the main driving forces behind year-on-year strong demand for each Built-to-Order (BTO) launch is the possibility of ‘making’ money after the sale of the flat following the Minimum Occupancy Period (MOP) which spans 5 years. Those who scored a unit at prime BTO units such as [email protected] and [email protected] are now lavishing in their luck, with resale prices surpassing the million-dollar mark, almost twice the purchase price. The money obtained from disposing their BTO’s will then be used either as a payment for a larger flat, or down payment for a more exquisite private condominium. If you think it is that easy to crème profits off your home, think again. Read on to find out why.

HDB Resale Levy will be the first obstacle you face. Such a rule would come as no surprise because the role of the government is to regulate and allocate resources equitably amongst individuals in society. Because BTO flats are housing options that come with heavy governmental subsidies, and because state funds originate from taxes paid by individuals in society, it can be said that you are ‘taking’ a wedge of society’s resources to fund your personal home. Naturally, the sale of that home would have to rightfully include what was ‘taken’ from society to ensure that benefits are redistributed fairly. The types of properties that fall within the category of subsidized housing include:

So, unless you are the rare minority who refuses to accept any form of governmental subsidy(s) or grants, your flat is likely considered a subsidized flat and are most likely liable for the resale levy. An example of grants received includes the First Timer Applicant Grant and Proximity Housing Grant. The resale levy is enacted in the following circumstances:

One does not need to pay for a resale levy during the purchase of any of the following properties:

Resale levies were gradually refined over the years by the HDB, with the new resale levy price tags reviewed after 3 March 2006. Prior to that, resale levies were imposed via a percentage of the resale price of the flat or based on 90% of the market valuation (whichever is higher) in the following order:

Thereafter, to enhance greater clarity and transparency, a fixed levy was imposed in place of the percentage rates after the 3rd of March 2006, as follows:

The resale levy amount is determined at the time of flat booking of the second subsidized flat. The payment of the resale levy is to be made either by way of sale proceeds from the sale of the first subsidized home, and or cash amounts, with the option of HDB mortgage financing not made available. The date of resale levy payment is dependent on the following:

One group of individuals are entitled to waiver of their resale levy late repayment interest, the elderly aged 55 and above. This is predicated upon 2 conditions: the sale of the first subsidized flat was completed between 19th of May 1997 and 3rd of March 2006, and have the intention to purchase a 3-room or smaller flat. Upon successful completion of these two requirements, the elderly will only be required to pay a marginal percentage of the graded resale levy amount, with the accrued interest from late repayments waived entirely. However, if the flat was sold after 3rd March 2006, the relevant fixed amount resale levy will be payable with no waivers made available.

The resale levy is just one of the various miscellaneous costs involved in the sale of your flat, with others including the amounts repayable into your CPF with interest, conveyancing fees and more. It seems that while BTO’s can seem pretty attractive in the short term as a budget-friendlier option for younger couples looking to make a decent profit 5 years down the road, the government is quickly catching on to such practices to seal up the loopholes in the current public housing system such as the BTO balloting system which can seem almost like a gamble, with significant upsides when one ‘strikes’ a queue number. 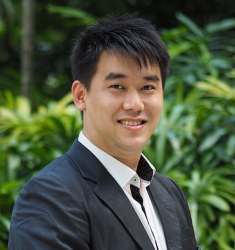 Dylan Zhang
Dylan Zhang has been in the banking industry for more than 5 years. Over the years, he has received numerous service excellence awards for his passion for work and customer centric attitude. As a family man, Dylan is especially aware of the importance of financial management.

Redbrick conversation with Dads for Life

Why is there such strong demand for BTO flats in Telok Blangah and Tengah?
Scroll to top
WordPress Image Lightbox